Skip to main content
University of Wisconsin–Madison
Watch it here

For the better part of a decade, cuts and closures have significantly affected the quantity and quality of Americans’ local news coverage, driving political polarization, decreasing democratic participation locally and leaving community leaders to act without watchdogs. Then came the pandemic with its cascading (and unequal) effects on communities, the killing of George Floyd, a summer of protest and more. In the areas of health care, education, the economy and racial justice, local news has many critical stories to tell. With fewer resources than ever, how can local outlets cover these stories fully, equitably and ethically? And what new approaches can help overcome the challenges of doing local news now?

For this conference, we produced four toolkits for local journalists on covering education, health care, the economy and public safety. These toolkits provide story ideas, sources, expert interviews and deeper insight into covering these critical issues. Our goal is to provide practical resources for local journalists who are grappling with the substantial workloads of this moment. 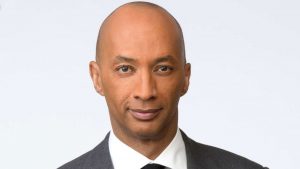 What new approaches can help overcome the challenges of doing local news now? How can publishers build sustainable business models to ensure their longevity and support continued community-focused reporting? In this session, leading publishers will discuss how they’re working to address these challenges.

10:45 AM CT:  INTRODUCING THE SHADID CURRICULUM

Drawn from the outstanding journalism of those who have won or been named a finalist of the Anthony Shadid Award for Journalism Ethics, this new curriculum enables student journalists to place themselves in the position of making difficult journalistic decisions. This panel is specifically targeted towards journalism educators at the college and high school level. 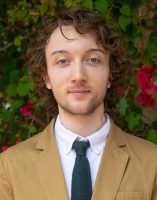 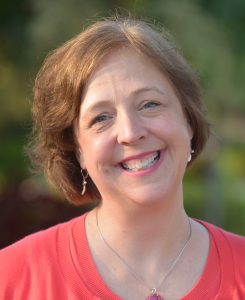 Kathleen Bartzen Culver is the James E. Burgess Chair in Journalism Ethics, an associate professor in the University of Wisconsin-Madison School of Journalism & Mass Communication and director of the Center for Journalism Ethics.

Long interested in the implications of digital media on journalism and public communication, Culver focuses on the ethical dimensions of social tools, technological advances and networked information. She combines these interests with a background in law and free expression. She also serves as visiting faculty for the Poynter Institute for Media Studies and was the founding editor of PBS MediaShift’s education section. 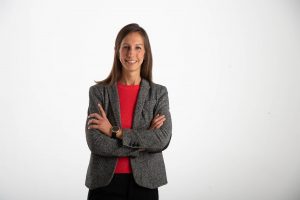 Lauren Gustus became executive editor of the nonprofit Salt Lake Tribune in the fall of 2020.

She previously worked for McClatchy as West Region Editor, overseeing 10 news organizations in Idaho, Washington and California, including the flagship Sacramento Bee.

Lauren has also served as an editor in Colorado, where her work on transparency contributed to a new law that facilitated greater access to public records, and in Reno, where her team was honored for its reporting on the historic housing crisis.

Utah is a homecoming for Lauren, who met her husband while working as a reporter and young editor at The Tribune in the early 2000s. The couple and their two young sons enjoy camping, skiing and mountain biking. 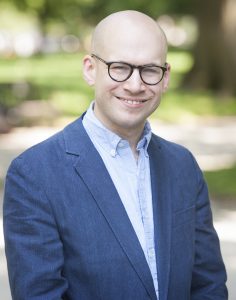 Joseph Lichterman is the Lenfest Institute’s Communication and Editorial Director. He writes Solution Set, a weeklyish newsletter on innovation in journalism. Prior to joining the Institute, he was a staff writer at the Nieman Journalism Lab at Harvard University. He also previously reported for Reuters in its Detroit bureau. A graduate of the University of Michigan, Joseph was editor in chief of The Michigan Daily, the university’s independent student newspaper. 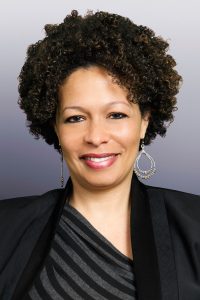 Sara Lomax-Reese is the President and CEO of WURD Radio, LLC, Pennsylvania’s only African-American owned talk radio station. She is credited with transforming WURD Radio from a legacy talk radio station to a multimedia communications company providing cutting edge, original programming on air, online and through community events. In 2017, Sara led the expansion of 900AM-WURD to the FM dial, now simulcasting on both 900AM and 96.1FM. In 2018, Sara spearheaded the launch of an environmental justice journalism platform called ecoWURD.com. And in 2019 she launched a new initiative called Lively-HOOD focused on jobs, career readiness and entrepreneurship to address the persistent wealth gap in the Black community. Most recently, she co-founded a new media company called URL Media, a network of Black and Brown owned media organizations that share content, distribution and revenues to increase their long-term sustainability. Prior to her work with WURD Radio and URL, in 1992 Sara co-founded HealthQuest: Total Wellness for Body, Mind & Spirit, a trailblazing African-American consumer health magazine that grew from a quarterly publication to a bi-monthly with a national circulation of over 500,000.

A graduate of the University of Pennsylvania and Columbia University Graduate School of Journalism, Sara has written for The Miami Herald, The Philadelphia Inquirer, The Atlanta Journal-Constitution, Essence Magazine, and Modern Maturity. In 2016, Sara contributed to a book of essays, “Our Black Sons Matter,” written by Black mothers of sons. And in 2018 Sara presented before the Knight Commission on Trust, Media and Democracy, writing an article about the topic. Last June, Sara was sought out and featured on multiple BBC news programs, offering commentary about the protests throughout the country and the world. She is a coach in the Major Markets Table Stakes Program and is the Program Lead for the new BIPOC Sustainability Accelerator funded by Facebook designed to empower Black and Brown owned media organizations.

Sara has served as an adjunct professor of communications at Oglethorpe University in Atlanta, GA. She has taught a collaborative course at the University of Pennsylvania with Dr. John Jackson titled “Urban Ethnography” which taught students how to create audio documentaries that aired on WURD Radio. Sara completed the Harvard Business School’s Executive Leadership program: The Business of Entertainment, Media and Sports in 2018. In 2019 Sara completed the Media Transformation Challenge (formerly the Sulzberger Program) at Harvard Kennedy School.

Sara has received numerous awards including: The Beacon of Light Award from the Congressional Black Caucus for HealthQuest Magazine’s outstanding health coverage. She received the Woman of Substance Award from the National Medical Association; was recognized as one of the “100 People to Watch” by Business Philadelphia Magazine; and selected for the “Women of Distinction” award given by the Philadelphia Business Journal. Additionally, Sara has received the PECO “Power to the Community” award given by the National Coalition of 100 Black Women of Pennsylvania; the Moving Mountains Award from the Leon Sullivan Charitable Trust; the RAD Award for Activist of the Year; and the 2017 Trailblazer Award from the Philadelphia Association of Black Journalists. In 2018, Sara was also named one of the “100 Most Influential Philadelphians” by Philadelphia Magazine.

An avid yoga and meditation practitioner, Sara is also co-founder of Philadelphia’s People of Color meditation group. She is the proud mother of three sons, Langston, Elijah and Julian. 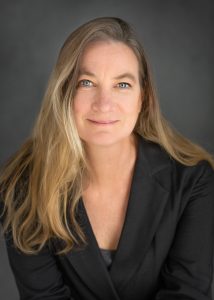 She was part of a team whose investigations into slavery in the Thai seafood business led to the freedom of more than 2,000 men. During her Associated Press career, she’s been based in Mexico City, Bangkok, Silicon Valley, New York and New Mexico and is currently a member of the AP’s Investigative Team. Mendoza studied journalism and obtained a California teaching credential the University of California, Santa Cruz where she has since returned to teach for more than a decade in the Master’s Science Communication program. She was a Knight Fellow at Stanford University and a Ferris Professor at Princeton University. In 2020 she won an Emmy for a FRONTLINE/PBS collaboration “Kids Caught In The Crackdown.” 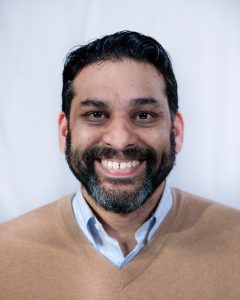 Ayan Mittra is the editor of The Texas Tribune, a nonprofit, nonpartisan media organization that informs Texans — and engages with them — about public policy, politics, government and statewide issues. He oversees a newsroom of more than 30 journalists who are focused on greater government transparency and accountability.

Under his leadership, the Tribune has won several national honors, including a Peabody Award and multiple Online News Association and Edward R. Murrow awards.

Before joining the Tribune in 2012, Ayan worked 11 years for The Dallas Morning News.  He is a graduate of the University of Texas at Austin.

During the 2016 election, Pitts was a key part of the network’s coverage, from the Republican and Democratic National Conventions and the first presidential debates to seven hours of live election night coverage. In the 30 days leading up to the election, Pitts traveled around the country for “Inside the Final 30,” a daily docu-series produced by “Nightline,” to speak with voters as they were coming to their final decisions about who should be the nation’s next President. It took viewers behind the scenes on the campaign trail and focused on the issues that matter most to Americans as well as revisited key moments that shaped the direction of the race.

Prior to joining ABC News, Pitts spent 15 years at CBS News where he served as Chief National Correspondent for The CBS Evening News, filed regularly for 60 Minutes, and won an Emmy for his coverage of the 9/11 terrorist attacks. He was named the National Association of Black Journalists Journalist of the Year in 2002. His 2009 memoir, “Step Out on Nothing: How Faith and Family Helped Me Conquer Life’s Challenges” chronicled his journey overcoming illiteracy and a stutter to become a journalist. In 2017, Pitts profiled six young adults that overcame hardship with hope in his book “Be the One.” 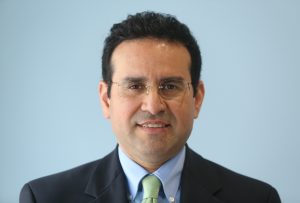 Manuel Torres is regional editor at The Marshall Project, working with a team reporting on the high incarceration states of the South. Torres worked for The Times-Picayune from 200 to 2019 as a reporter and editor, including posts as criminal justice editor and senior news editor. He was part of the reporting team awarded the 2006 Pulitzer Prizes for Public Service and Breaking News for coverage of Hurricane Katrina and its aftermath. He’s worked on teams that won a Peabody, an IRE Award and two national Edward R. Murrow Awards. Torres lives in New Orleans.

THANK YOU TO OUR SPONSORS