In conjunction with our ethics conference, “Journalism Ethics & Local News Now” (April 23, 2021), we are publishing case studies from each of the news organizations represented on our panel “Innovations in Local News.”

Founded in 2014, The Marshall Project is a nonprofit news organization that covers the criminal justice system in the United States. According to regional editor Manuel Torres, the Marshall Project exclusively focuses on criminal justice and offers different forms of storytelling with the goal of bringing more attention to the problems within the system. Along with doing their own original reporting, The Marshall Project also partners with other news organizations and has made an effort to expand its local partnerships in the midst of a crisis within local news.

The Marshall Project was founded to address the lack of attention that problems within the criminal justice system receive from the public and traditional media. In a letter from 2014, Marshall Project founder Neil Barsky explained that despite the growing number of problems within the system, there had not been an increase in public discussion and legislative action.

“The general public has become inured to the overuse of solitary confinement, the widespread incidence of prison rape and the mixing of teens and adults in hardcore prisons,” he wrote. “The more people we put behind bars, it seemed, the more the issue receded from the public consciousness.”

Even when people are paying attention to the criminal justice system it can be hard to understand the issues at play. According to Torres, for those not directly affected there is a disconnect between what they think about criminal justice and the reality of the system. “People think ‘oh, I watch Law and Order I kind of think I know how courts work,’” he said. “And it’s not like that.“

The Marshall Project’s main innovation is to take an exclusive and in-depth look at the criminal justice system. In practice, this means longer, in-depth investigations, taking angles that traditional news outlets normally don’t and taking a more comprehensive view on issues that other media outlets cover.  For example, their Next to Die feature allowed readers to track executions across the country and their Life Inside series offers first-person essays from those who live or work in the criminal justice system.

The Marshall Project has also expanded coverage to focus on more local issues, specifically in the South, where there is a higher level of incarceration. According to Torres, they are working to bring their journalism to more local partners and reach both national and local audiences. For example, a piece that they published in the USA TODAY Network may also be published at a smaller, more local, outlet.

The Marshall Project model comes with its own set of ethical issues. One key issue is remembering that they are a journalistic organization and not an advocacy group. “Our job is to shine a light in places that are not getting a lot of attention with the hope of prompting change, but we’re not advocates,” Torres said.

They also work to ensure that individuals are not defined by a crime they committed or were accused of committing, while still providing readers a full story. “In our coverage, we avoid referring to individuals as felons,” Torres said. “You committed a felony, but that doesn’t make you a felon. Your life is not defined exclusively by that act.”

Furthermore, they must recognize that some of their sources may be breaking rules by speaking with them. According to Torres, this is similar to working with a source who is not authorized to share documents, but he says the Marshall Project doesn’t encourage sources to break the rules, leaving the decision to speak up to the sources.

However, the downsizing of local news organizations across the country has presented a challenge for the Marshall Project. According to Torres, forging partnerships with local outlets has become increasingly difficult as local newsrooms continue to shrink.

“Just simply getting [local] editors that have the time to look at our stories and determine if it’s something that fits into an organization, it’s not as easy as it used to be,” he said. “And even when we provide the reporter, the photographer, we provide all the content, it’s just [that] the logistics of producing with a partnership are getting harder because of the cuts at these organizations.”

The Marshall Project has been more proactive in filling the voids that have been left in newsrooms by providing editing and data analysis for some of their partners. Additionally, as shrinking news organizations have become less able to cover criminal justice issues on their own, they have been more open to collaborations, Torres said.

The Next to Die 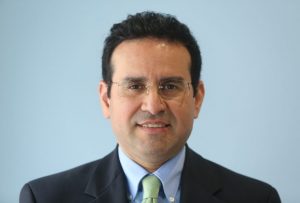