A message from the Center’s new director, Katy Culver

As I take the reins as director of the Center for Journalism Ethics, I’m finding great meaning in assuming this role during graduation season at the University of Wisconsin-Madison. I look at the young people leaving our program and heading out into the world, and I’m optimistic about the future of journalism and the ethical practice of it.

This is not to say both the news business and its standards don’t face challenges today. I haven’t been hiding under a rock. I see clearly that business models are strained, attacks on press freedom are abundant, and truth is a concept eluding some politicians and their supporters.

Yet just this week, one of my young graduates published work that reminds me of the tremendous promise of journalism and how our digital age affords creative ways of doing this critical work. Alison Dirr is a crime and justice reporter at the Post-Crescent in Appleton, Wisconsin. Back when I rode my dinosaur to graduation, that would have meant covering the community for local readers of a print edition.

For Dirr, it still means that. But because the Post-Crescent is owned by Gannett and now a part of the USA Today Network, it also means she had vastly expanded reporting capacity this week as she covered some local school closings in response to bomb threats. Using the brand new – and thoroughly exciting – USAT Network model, she was able to discover that these threats were part of a nationwide wave, wrought by automated calls in at least 18 states. The Appleton community was alerted to its threats and closures. But her reporting took on importance of national scope.

I know the public’s trust in “the media” is low. I think work like Dirr’s helps build that trust. It demonstrates to our fellow citizens that when something affects our community, we will investigate it and inform them.

When truth is threatened, democracy is on the line. Journalists are our front-line defenders of truth.

Do some get it wrong? Of course. Sometimes for the worst of all reasons – ego, competition or a misguided need to be fast instead of accurate. But other times simply because we’re human.

A few years back, a city editor at a local paper asked me if I thought it was ethical to encourage kids to go into a business under so much strain. His shrinking newsroom, he said, was not a happy place to be.

After I recovered from the momentary stun of the cynicism of that question, I responded that I couldn’t imagine giving anything less than my full-throated encouragement to any young person who thinks of doing this work. They aren’t going to make a fat salary doing it, but they have options in local newsrooms, new digital models, and innovative efforts by national and international organizations. It would unethical to discourage them – both for their own interests and those of the citizens they will one day serve.

I look forward to the Center for Journalism Ethics playing a role in encouraging the kind of journalism citizens need. In part this means championing important journalistic work that demonstrates valuable ethical practice. In part that means bringing journalism’s failures to light, a sometimes-uncomfortable yet absolutely central task. And finally, in part it means sharing information and insights to improve journalistic practices and to help the public have a voice in the things we do.

It’s been my privilege to be a part of this Center for its first eight years, and it’s now my honor to lead it into its next phase. I come to this challenge with realism, but also with optimism. I see the future of journalism in my classes each day, and it looks quite bright to me. 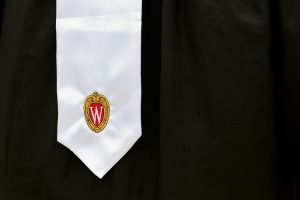