Al Tompkins is a senior faculty member at the Poynter Institute and author of “Aim for the Heart: A Guide for TV Producers and Reporters.” We talked to Tompkins about the role of journalists in today’s non-stop, fast-paced media environment.

CJE: What is the role of a journalist today?

Tompkins: Part of what we’re trying to do is verify. We’re trying to understand. Our job isn’t to persuade. So sometimes that involves testing the truth; sometimes it involves just reporting the facts as we find them. There’s no one way to do our job, but our central question is, “What does the public need to know in order to make sense of this?”—in order to figure out not just what happened but why it happened and what’s going to happen next and who benefits and who suffers because of it. A good chunk of what we do every day is just sense-making.

Journalists are generally not in a popularity contest either. Certainly, they have a business that they have to endure but the fact of the matter is people generally don’t appreciate information that doesn’t jive with what they already believe. It’s not convenient to get served up a menu of stuff that is not what you want to hear. And for Trump supporters particularly, there’s darn little that they want to hear because it doesn’t fit with why they supported the guy and they still do in very significant numbers, popularity polls notwithstanding, there are significant numbers of people in the United States who completely report Donald Trump’s point of view. And if there is a criticism I would level, it is we seldom hear from those people except in a marginalized, nut-case kind of way. They have a voice in the same way that critics do. And that voice ought to be understood.

Should journalists do anything differently to improve public trust?

It depends on what they think their job is. If they believe their job is to be an antagonist, then they should change because just being an antagonist is not being a journalist. The job of the journalist is to report, verify and put into context what’s going on regardless of whether or not you agree with it; regardless of whether it fits your needs; regardless of whether it hurts or harms you personally. Will you fairly, accurately, thoroughly report things that do not benefit you or what you personally believe in? That to me is the deciding factor as to whether you are a journalist or just a provider of information or opinion. Fairly, accurately, thoroughly, even-handedly report information with which you personally disagree.

How does the non-stop news cycle affect journalists’ coverage of government?

Narrow and deep reporting is almost always more valuable than wide and thin reporting. The what of a story is what moves across social media. The why, the how, the what happens next and what does this actually mean takes a journalist to figure out.

I would say where you should spend your energy is less in chasing the bathrobe and more in chasing the immigration story or the confirmation story. So one of the questions that we can have is – what do people need to know versus what might they graze? If all you do is serve the people who are information-snackers, you’re not really fulfilling their needs. You’re only fulfilling the momentary appetite of what’s easy to pick. Part of what we have to become is an essential part of people’s civic life. And I use that word civic intentionally because one of the things that I think we are lacking at the moment is a sense of civics; a sense of what it means to be a good citizen. And part of what it means to be a good citizen is to be selfless to your community, to be sure that you’re thinking about the long-term and short-term effects of what you’re doing and not to be simply self-serving.

What is one thing that journalists can do differently when covering politicians?

One of the biggest criticisms I have of how we cover politicians and politics is that we penalize people for changing their minds based on facts. Let me give you an example. Let’s say for example for 20 years, I’ve been a global warming denier but now, faced with overwhelming scientific evidence, I say, “You know what, I think the evidence now is so large that I have to be convinced that there is such a thing as climate change and that people are doing something to contribute to it.” You would eviscerate me. You’d call me a flip-flopper. There was a time I think, although I could be wrong, that we thought of people who were willing to change their minds based on evidence as enlightened. But now, the only way that you can be elected is to be intractable, regardless of the evidence. We as journalists propagate that by calling them flip-floppers, by pointing out that they changed their minds and by showing that they have been inconsistent on something. As people evolve their thinking based on the evidence I don’t think they ought to be penalized for it.

Some argue that journalists calling out false statements or using the term lie hinder their objectivity. What are your thoughts on this?

There are lies; but to me, that’s a pretty strong word. Lie implies intent and in order for you to know intent, you really have to have evidence. Just because they say something that the facts don’t bear out, doesn’t mean they intended to do that. For example, I don’t think Kellyanne Conway intended to mislead people into believing there was a massacre in Bowling Green, Kentucky. I just don’t think she knew. So you can call it whatever you want—misinformation, bad information, lack of information—but I haven’t seen any convincing evidence that she attempted to lie on that; I just don’t think she was informed. 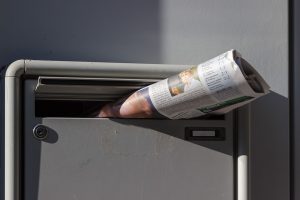