Editor’s note: Lindsay Palmer led Cultures in Conflict: Navigating Cultural Difference in International Human Rights Reporting conference Feb. 9 and 10, which was co-sponsored by the Center for Journalism Ethics. Information about the conference is here.

A 25-year-old woman, covered from head to toe in burn scars, might strike some photojournalists as a victim. In fact, photographing this woman from the perspective of pity, repulsion, or even plain curiosity, might even be more lucrative for a photojournalist trying to get quick money for a picture.

But for documentarian and photographer Gillian Laub, it was crucial to slow down and spend more time with Kinneret, a young lady in Tel Aviv who had suffered serious burn wounds across 70 percent of her body during the Second Intifada. If she could spend more time engaging with this woman, then Laub thought her photographs might capture something more than victimhood. With some work, her photos might reflect the optimism and resilience that drove Kinneret to write these words: “My goal is to show the world that the force of life is stronger than everything.”

Speaking at a recent conference on ethics in human rights reporting, Laub reflected on Kinneret’s remarkable strength — something that still inspired her years after she included Kinneret’s haunting statement in her photo monograph Testimony. From Laub’s perspective, human rights photographers and reporters should strive to avoid the easy path of “victimization,” instead looking for the more complicated stories of subtle resistance — the quieter ways in which people who have suffered terrible atrocities can stand up and move forward.

The theme of searching for the more complicated stories surfaced again and again at a conference on international human rights reporting Feb. 9 and 10 at University of Wisconsin-Madison. And it was arguably the female journalists who spearheaded this discussion. The women who participated as keynote speakers and panelists overwhelmingly asserted the need for human rights reporters to slow down, engage more with sources, and seek different perspectives.

Female human rights reporters often tout this philosophy, as some of my own research on war reporting has shown. In the process of interviewing female correspondents who work in warzones, I’ve noticed that some women in this field repeatedly tend to emphasize the concept of a more “human” human rights story. They try not to look “down” on the catastrophes from a distance, reducing those horrors to statistics, dramas between governments, or descriptions of military might. Instead, these women look for the diverse stories of the people on the ground, engaging with their complexity rather than making them small.

This phenomenon begs the question: What is it about the female journalist that engenders this different style of human rights reporting? And how might female reporters contribute to a more ethical human rights journalism?

To answer that tricky question, we might want to take a moment to define the slippery term “female” in the first place, something that feminist activists and scholars have been trying to do for centuries. By the late 20th century, feminist thinkers were beginning to doubt that the words “woman” and “female” could adequately account for diverse lived experiences of all the human subjects who had been placed within these categories, sometimes against their own will.

There was also the fear of “essentialism” — the misguided idea that all women share “essential” characteristics that are rooted in the body and impossible to change. Far too often, women’s ostensibly “essential” characteristics have been used to hold them back, to claim that they can’t succeed, and that they have no contribution to make (other than giving birth). The fear of essentialism likely explains why other female human rights journalists do not emphasize any unique style of reporting, instead vehemently arguing that they are no different from men, and that they work in exactly the same way.

I would answer “yes” to each of the above questions. Yet, at the same time, I would also argue that if we get rid of “essential” notions of femininity and instead focus on socio-cultural positioning, then my original question is still worth considering. As numerous feminist scholars have argued, gender is culturally constructed. It’s a position within a particular social world, and the experience of it differs drastically across cultures and communities. Some people choose to leave that position and seek out a new one. Others continue on with the gender they have been given, but they use that experience to see their society from a different angle.

The takeaway here is that different socio-cultural positions imply the possibility of different perspectives — not the “essential” reality, in every case, for everyone. But certainly, the possibility. Because human rights reporters who have been identified as “female” are typically placed in a less-privileged social position than their male colleagues, they have the potential to offer their news audiences a very different perspective on the events they are covering.

This is important, because so many of the events that human rights reporters cover are directly related to social privilege — or to put it more bluntly, to the stark inequalities that have only been exacerbated in the era of globalization. Because they already know something about inequality, female-identified journalists might be better positioned to shed light on inequalities.

But getting rid of “essential” notions of femininity also means that we’d have to push past the idea that only women can provide these different perspectives. By the late 20th century, a number of feminist scholars and activists themselves started arguing for the intersectionality of cultural identity, encouraging people to think more carefully about the multiplicity (and interrelatedness) of difference. These thinkers wanted to understand how other types of identity — race, sexuality, social class, nationality, religion — could also have an impact on the way someone experiences the world. In fact, understanding and engaging with these various types of socio-cultural identity became part of the feminist mission.

Following this, maybe we should change our original question and ask the following: what can human rights journalists who are culturally positioned as “different” or “other” from their more socially privileged colleagues contribute to the practice of human rights reporting? And is there a “feminist” and “intersectional” approach to human rights journalism that would allow for more ethical coverage of the vast inequalities that plague the world today?

Venezuelan photojournalist Adriana Fernández seems to think about human rights reporting in this way. At the recent human rights conference at UW-Madison, Fernández told the audience about a time when she had to cover the accidental death of a pregnant 18-year-old woman in Venezuela. Alexandra Conopoy had been killed by a drunk member of the military police while waiting in line for government-subsidized food in the Venezuelan town of Charallave. After this incident, numerous reporters scrambled to gain access to Conopoy’s family, hoping for an exclusive interview or a “great shot” that they could sell to a big international news agency.

Rather than hounding the family, Fernández thought about how she could relate to these people—what social, cultural, and national experiences did they share? What must they be suffering, and what sense of injustice must they feel? In other words, she tried to see the incident from the family’s perspective, rather than from the perspective of a detached journalist trying to narrativize their pain for a foreign audience. And instead of maintaining an “objective distance” from the family, Fernández told them how sorry she was for what they had been through and sat quietly with them as they processed their loss. Eventually, the family granted Fernández permission to shadow them as they attended the funeral. One of her photos from the funeral directly reflects her empathizing position, her more engaged approach to covering the story.

It’s important to note that Fernández and Laub’s approaches to human rights reporting are not “essentially” female—male reporters can engage in this kind of journalism too, and some of them do. However, there is a certain advantage to being socio-culturally positioned as an “other.” The lived experience of inhabiting this culturally-inscribed position — one that is typically not as privileged as the white, Western male position — can perhaps make it easier to relate to other injustices in the world, and to recognize the subtlety of strength.

But because this approach to human rights reporting does not depend on “essential” notions of gender, race, nationality, or any other type of social identity, there’s another important point that needs to be made. Ideally, all human rights journalists could strive for this more careful approach to covering the world’s conflicts and atrocities.  All human rights journalists could think more critically about their own social position, taking the time to better understand the perspectives that might drastically differ from those of the socially-privileged. With intersectional feminist correspondents leading the way, this important type of international reporting could become more ethical, more nuanced, and more focused on the “human” element of human rights journalism. 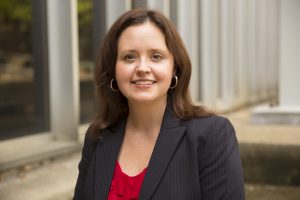