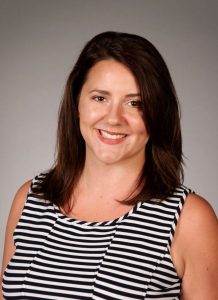 Over two decades of reporting, Amber Hunt has covered a lot of crime.

In that time, she’s reported on a number of shootings, the conflicts that proceeded them and the prosecutions that came after. But rarely has she been able to follow up and see how life has progressed for the victims of gun violence she’d written about. That led her to wonder, ‘what’s life like for gunshot survivors?’ and ‘how have they coped with the trauma of being shot?’

To answer those questions, she teamed up with the non-profit news organization The Trace to create ‘Aftermath: A Podcast About Gun Violence Survivors,’ which began in May and ran for eight episodes.

For journalists covering gun violence, there are a number of ethical landmines to consider. Hunt, a reporter for The Cincinnati Enquirer, discussed how she navigated these ethical issues with Center for Journalism Ethics senior fellow Steven Potter.

Listen to the audio story here.