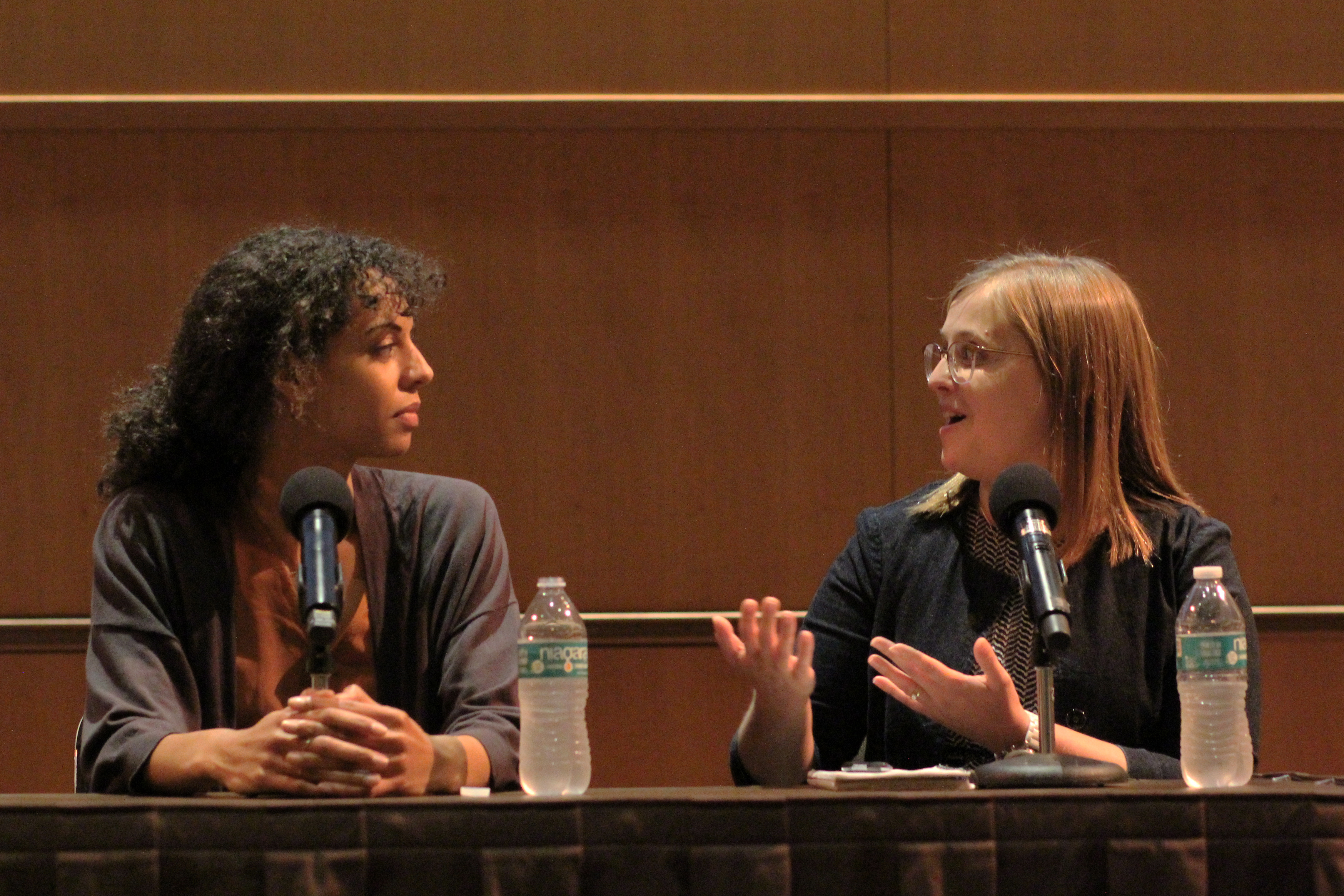 New York Times immigration reporter Caitlin Dickerson (left) and Borderless magazine’s Nissa Rhee in conversation on September 25, 2019 at the Center for Journalism Ethics-hosted panel “On the Border and Beyond: Immigration and Journalism Ethics.”

Immigration reporting has gone from being an occasional story to receiving daily front page coverage. With that broader coverage comes the challenge of navigating a series of ethical issues, such as what gets covered, how stories should be framed and how to work with vulnerable sources.

On Sept. 25, 2019, the Center for Journalism Ethics at the University of Wisconsin-Madison held a panel titled “On the Border and Beyond: Ethics and Immigration Reporting.” Nissa Rhee, executive director of Borderless magazine (formerly 90 Days, 90 Voices), was one of the panel’s speakers. In a recent interview with the Center for Journalism Ethics, Rhee spoke about journalism ethics, the importance of covering immigrant stories and about Borderless magazine.

90 Days, 90 Voices was started by myself and two other professional journalists here in Chicago a couple weeks after President Trump signed the Muslim travel ban, so February 2017. The vision at the time was to make it a short-term project that would fill in some of the gaps in the media coverage of the ban here, and namely elevate the stories of individual immigrants coming here and understand why are they coming here, what are their concerns, and push beyond a lot of the discussion about policy. At the time, the coverage here mostly was a lot of crying people in airports and we wanted to dig deeper and provide an outlet for people to speak openly about why they’re coming here and their concerns, and also be able to do it in a unique way — so offer people pseudonyms if necessary, offer people the option of using illustrations instead of photographs if necessary — all with the idea of protecting people’s safety in what was and currently is a dangerous time to speak out if you’re an immigrant. That was the origin of 90 Days, 90 Voices. The name came from the language in that executive order, where refugees were banned for 90 days, and it was envisioned to be a short-term project, but we got a huge response here in Chicago, so we kept going, kept doing bigger and bigger stories. We eventually got our 501(c)(3) status. We’ve outgrown this 90 Days name now, so that’s why we’re changing it to reflect that we’re here to stay.

During the panel, you mentioned a movement toward “solutions journalism”— can you speak a little more about what that is and how you’re seeing that movement?

I think this comes out of a feeling of despair that a lot people have as media consumers reading the news. If you turn on especially TV news, a lot of the stories are about the latest shooting, violence or wildfire. They’re all a lot of doom and gloom. For a long time, that’s been our focus as journalists, we have the saying “if it bleeds it leads.” We report about people being shot last night, we don’t report about all the other things that are happening in that neighborhood that are attempting to stop the shooting.

It’s been a push to change the perspective of journalists, and a lot of the push came out of this Solutions Journalism Network, which is based in New York and does a lot of training and work to promote this school of thought. Beyond that, it’s also thinking as journalists — what is our role in the media landscape, in society? Are we just here to report all the bad things that happen, or are we here to provide a base for communication, dialogue and to highlight some of the things that are working in the society?

I also mentioned the peace journalism movement out of Australia, which is kind of a sister movement, where there’s conversation about providing opportunities and space for dialogue. Journalism doesn’t just have to be antagonistic, it can also provide opportunities for hope and change.

During the panel, you talked about the attention immigration is now getting from the mainstream press. How has this newer, more heightened focus on covering immigration affected your organization and you?

There definitely is more focus on immigration now than in previous years in main papers. When we started in 2017 our main newspaper here, The Chicago Tribune, didn’t even have someone on the immigration beat. Now it’s constantly in the headlines. I think as an organization for us, it’s been a shift in thinking “what can we provide that other organizations can’t?” If places like the Chicago Tribune or New York Times are constantly updating people about the situation on the border or the situation on policy changes in DC, what can we as a local organization do and offer that’s different? For me, the answer is these personal stories, personal perspectives of people who are not at the border and really localizing the story.  There are a lot of detention centers in the Midwest, and this in many ways is a local story as much as it is a border story. There are immigrants, asylum seekers, refugees living throughout the Midwest. Really focusing on that is the way we’ve approached that.

You also talked about the importance of challenging the media’s narrative. Do you have any tips on how to do that?

I think the first step is realizing the media is powerful. It’s not just reporting the things that happen, it’s choosing to elevate certain things that happen, not everything is news. The only things that are news are what journalists choose to publish, so understanding that is important. And then, as journalists, being very mindful—what are we choosing to publish, what are we choosing to elevate as news, and is it the right choice? Really interrogate that in your newsroom, and wonder why are we reporting on the mayor’s announcements constantly. Why aren’t we reporting on what’s happening in this community. Why are we interviewing a lot of people who look like this or have this background and not people who have this (other) background? Really thinking and interrogating in your newsroom what gets covered, how can that be challenged, is important.

I think as audience members, people who are not journalists, thinking and understanding that, while a lot of people get their news from journalists, there’s also a lot of other non-journalism news sources that community members make, whether it’s Facebook groups or newsletters, that are extremely valuable too, and a lot of people pay attention to that. Being an active citizen and either participating in those or reading those, I think is a great way to challenge some of that power too.

Now that your organization has decided to stick around, it’s not short-term anymore, what do you hope to see from it?

We expect and hope to keep growing as an organization, expanding our coverage beyond Chicago, further into the Midwest. Even though we plan to keep growing and growing, we know that we can’t do everything. What we do regularly and what we’re continuing to expand on is doing training with journalists, where we share with them our experiences, and our ethical guide to immigration reporting, and hope that they can bring this information – our perspective, our approaches – back to their own newsroom.

The reality is we can’t cover every immigration story in Chicago, let alone the Midwest, so other people are going to do it. A lot of the people who are going to cover immigration aren’t going to be immigration beat reporters, they’re going to be general assignment or criminal justice reporters who are pulled onto an immigration story. I think it’s really important to keep training people and get a wide variety of people trained in how do we safely report on these issues, how do we look at this through a trauma-informed lens and really understand and protect our sources, not just for our reporters as an organization, but for all reporters. 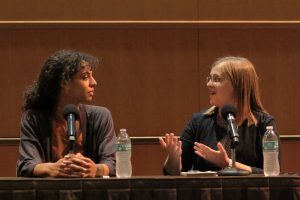