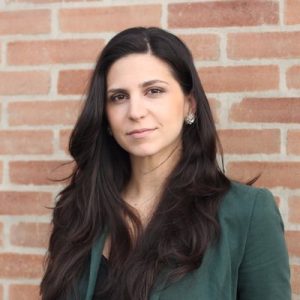 Mariana Palau is a Colombian-American journalist based in Bogota, Colombia, who has covered the aftermath of a peace deal signed between the Colombian government and the FARC guerrilla group. With support from the Pulitzer Center for Crisis Reporting, Palau has dug into stories on the guerrilla groups that still exist in Colombia, causes of continued violence and the complications of bringing justice to those who committed war crimes.

During a recent visit to the University of Wisconsin–Madison campus, we spoke with Palau about her experiences working with victims of trauma or violence and the ethical obligations she has to sources who may be fearful or skeptical of how their information will be used.

What ethical boundaries do you consider when you work with vulnerable people?

I spend a lot of time thinking about them, mainly because I don’t want to hurt them again. I don’t want to victimize them in any way. And so I make sure to know what my questions are and that the wording of them will not hurt them. I do however make it clear that they do not have to answer my questions if they feel really uncomfortable.

I give them that space to be comfortable and assure them that they’re not forced to do anything. I engage in conversation with them from the beginning. By getting just a little bit of trust, you put their worries at ease, at least for the moment. For someone who has been displaced, you aim to understand this phenomenon without pressuring them.

Has there been a time when you were interviewing someone and you felt like it was a bigger challenge than you expected?

This happened in a very specific case in which I was going to interview a victim of sexual abuse. She had been abused through this hallucinogenic brew. They were placed in a psychiatric hospital at some point. But that was a while ago, and I was expecting to talk to somebody who was “completely sane.” I did find that they were a little off but in that circumstance the questions that I prepared were basically useless. The person wasn’t going to answer the questions, at least not in the way that I had expected.

In that circumstance, I just engaged in conversation with this person. I also took everything that this person told me and double checked afterwards. But in those moments, things change and you have to improvise while still taking into account that you can’t leave this person simply because they throw you off.

Have there been any similarities in the people that you interview?

They drastically change. I interview a lot of business people, people in the Army or in Colombia’s armed forces and for each, it’s a different experience. I’m always careful that they’re not going to spin me or tell me something that’s wrong. I always ask ‘how do you know?’ That is something very important to me. It ultimately depends on the source. Victims of trauma or violence aren’t looking to spin me so I hope to take their stories as they are. But of course, with some skepticism.

How do you adjust your ethical framework and how does it translate in different places?

In a broader context, the ethics of journalism are changing with journalists. And somehow, I get the feeling that journalists don’t value publishing the truth as the first priority anymore. For myself, it translates with the sources that I have. Much of the time, my journalistic approach is challenged because of the media landscape. The power of social media is a power everyone does not consciously exercise and it’s very easy to spread lies. In this environment where everyone’s competing for everyone’s attention, I think it’s more likely that journalists are going to publish something that’s not true. You don’t have to be a public figure to have an impact, which can be good and dangerous. And I think that’s something we need to watch out for.

How do you deal with the difficulties of your own reporting at news organizations that you work for? Do you feel like they do enough to facilitate self-care given the often difficult work that you do?

I’m very fortunate to work for a publication that covers me everywhere I go. Even in places that are considered safe, they have ways of following me around. In that sense, I feel completely backed up by my publication. When I do run into troubles and some people, usually politicians, do not agree with what I’ve published they begin to call my editors and throw a fit. My editors really do value and protect my work as a journalist, and I think that’s very important because with any reporting, especially international reporting, you can easily be bullied or intimidated.

What are the important ethical issues young reporters should consider when pursuing international reporting?

When you go to countries like Colombia, you have to be very strong in order to not fall under the charm that politicians will use in order to befriend a reporter. Once this line is crossed, you have an ethical problem because you feel an obligation to write something nice about them, which may not always be the truth. But in the U.S. and Europe, you’re under stricter rules because you want objective reporting, and I think that’s something that young journalists need to remember. If you want to pursue international journalism, stay strong in your position of unbiased journalism and look for the truth. 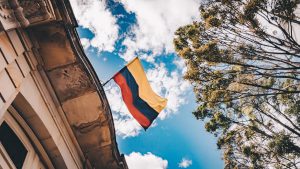