Lydia Slattery was a 2021-22 fellow at the Center for Journalism Ethics and is a graduate student in the School of Journalism and Mass Communication at the University of Wisconsin–Madison.

Many journalists routinely face stress. But an increase in newsroom unionizations across the country is showing that some journalists are using this fraught moment to demand more from their employers, especially around issues of fair pay and salary transparency.

Jon Schleuss, who serves as president of the NewsGuild-Communications Workers of America, advocates for better wages and working conditions for journalists. Before being elected president in 2019, he led the successful unionization effort of the Los Angeles Times, where he worked as a data reporter.

“One of the things that’s been really important in the wave of unionizations in newsrooms is to turn our ethical lens back on our company,” Schleuss said.

Although pay can be a sensitive issue to talk about, collecting data on people’s salaries can help shine a light on pay equity (or inequity), Schluess said. This data can show if people are being paid less based on their race or gender.

According to Schleuss, newsrooms violate their ethical obligation when they pay certain people less, create workplace divisions and take advantage of people.

“We shouldn’t pay women or people of color less for doing the same when they have the same amount of experience,” Schleuss said.

Creating a culture of transparency and honesty in newsrooms can lead to better wages and working benefits, and it can also help diversify the industry’s ranks.

Women and people of color are paid less

Studies in newsrooms find that women and people of color are paid less than their white male colleagues in similar jobs and experience levels, an unethical practice that is not unique to journalism.

Eve Mefferd serves as a research assistant at the Institute for Women’s Policy Research, where she advocates for policy change that will lead to pay equity in all fields.

In 1963, Congress passed the Civil Rights Act and Pay Equity Act, which ensured fair pay for women and people of color, Mefferd said.

“We haven’t seen a federal policy that addresses equal pay specifically since then,” she said.

There have been bills at local and state levels, such as a recently passed New York City bill that requires employers to list minimum and maximum salaries in job listings.

Congress regularly proposes the Paycheck Fairness Act, but has failed to pass it for decades, Mefferd said. While Title IX helped reduce pay inequality by protecting women’s rights to study careers like law or medicine, it didn’t specifically address pay inequality, she said.

Equal pay projections show that at the current rate, it would take more than a century for Black and Latina women to earn what a white man makes, Mefferd said.

A study by The Washington Post union found that women and people of color are paid less than their while male counterparts, even when controlling for job title and experience. Women of color on average are paid $30,000 less than white men.

A 2021 study of 14 unionized Gannett newsrooms, including the Arizona Republic and the Milwaukee Journal Sentinel, showed that women and people of color make much less than the white men in their newsrooms.

Increased demands for pay transparency in journalism and subsequent policy changes could help close these gaps, even in the absence of federal or state laws. But the message about the importance of pay equity might also be shared early and often with journalism students.

Beginning in college, professors should discuss pay inequity and how to advocate for a fair salary, Schleuss said.

When young journalists are coming out of their universities, some think they should be grateful for unpaid internships or to have a job in the field at all. Schleuss remembers feeling this way, which is why he thinks it’s important to instill in young journalists that they deserve fair pay.

One journalist fought for years for fair pay

Journalists at the Arizona Republic reported working hundreds of hours of unpaid overtime. One reporter, Rebekah Sanders, shared her experience on Twitter.

Sanders was unsurprised at how many reporters had similar experiences of working unpaid hours in an effort to move up within newsrooms.

“It struck a chord with so many journalists, not just at the Arizona Republic, but across the country,” said Sanders, who works as the consumer protection reporter at the Republic.

Journalists work many hours without proper compensation, Sanders said, and the expectation of people putting in that kind of time can be toxic, unethical and sometimes illegal.

Sanders also had to fight to get a fair salary when she was promoted.

In 2014, after six years at the Republic, Sanders applied for a new position at the paper, covering politics. The job listed the salary but when Sanders got the job, she was making $30,000 less than what had been advertised.

The company said they were giving Sanders a raise, which was true, but they were underpaying her for the position and gave her excuses as to why they couldn’t pay her the full amount.

“Pay transparency was one of two major factors that drove us to unionize,” Sanders said.

After several years, she finally got up to the starting salary for the politics position.

“It’s important to create a culture around the fact that paying women less for doing the same job is unethical, and in some places illegal,” Schluess said. “It should be illegal across the country, but in places like California, it’s a state law.”

What can journalists do?

The burden to ensure fair pay shouldn’t just fall on employees, Sanders said. Companies have the power to pay their employees fair wages and shouldn’t make it difficult for workers to receive fair pay, she said.

But unionization is also providing newsrooms with a strong mechanism for demanding fair pay.

After unionizing, members have the right and the responsibility to request information around salary and benefits, Schleuss said. Doing studies can help lead to understanding where to correct mistakes. There are also formal measures employees can take to ensure fair treatment, such as filing a grievance.

Unions can also advocate for a newsroom that reflects the diversity of the area they cover, Schleuss said.

In places such as California and New York, employees can also file a lawsuit for discrimination and in fact employees for the L.A. Times filed a $3 million class action lawsuit on pay disparity against the company, Schleuss said.

And in a sign that unionization efforts are in fact increasing, The New York Times tech workers recently overwhelmingly voted to unionize. And Gizmodo Media Group reporters also just won a contract as part of their union contract with the company.

Part of the Society of Professional Journalists code of ethics includes minimizing harm when publishing stories, Schluess said, and being a professional working journalist means thinking about how publishing people’s stories will impact them.

But for Schleuss, that ethical code applies to the workplace, as well. “We also have an obligation to minimize harm among our colleagues,” he said. 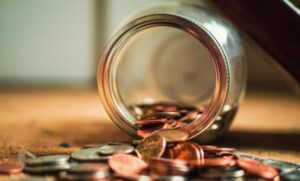