The Center for Journalism Ethics provides an international hub for the examination of the role of professional and personal ethics in the pursuit of fair, accurate and principled journalism. Our Journalist in Residence program brings nationally renowned journalists to campus to promote engagement with UW-Madison students and the public. For information on all of the journalist in residence programs at UW–Madison, please visit this website. 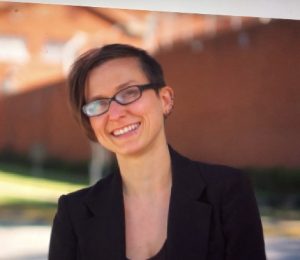 Keri Blakinger is a Texas-based investigative reporter for The Marshall Project, a nonprofit newsroom focused on criminal justice. She is the organization’s first formerly incarcerated reporter and in addition to covering incarceration and capital punishment, she writes a regular column published in collaboration with NBC News. Her work has also appeared in the Washington Post, VICE News, BBC, The New York Times, USA Today and elsewhere. She was a Hearst Fellowship recipient in 2016 and her reporting has helped earn a National Magazine Award and recognition as a Pulitzer Prize finalist. Her work has led to major changes in medical care in Texas prisons, spurred the creation of a book club in the Harris County jail and sparked the creation of a law better protecting families from the wrongful removal of children by welfare agencies. Her memoir, Corrections in Ink, will be published in June 2022.

Wesley Lowery is a correspondent for “60 in 6,” a 60 Minutes spinoff on the mobile app Quibi, and the author of They Can’t Kill Us All: Ferguson, Baltimore, and a New Era in America’s Racial Justice Movement. Prior to joining CBS News, he was a national correspondent for the Washington Post, where he primarily covered issues of race and justice. He has twice been a member of teams awarded the Pulitzer Prize, and his work has appeared in the Boston Globe, Los Angeles Times, Wall Street Journal, The New York Times, The Atlantic and Sports Illustrated and GQ Magazine. 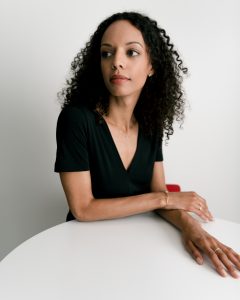 Caitlin Dickerson is a national immigration reporter based in New York. Since joining The Times in 2016, she has broken news about the Trump administration’s family separation policy, immigrant arrests and deportations, asylum practices and health and safety standards inside immigration detention centers. She frequently appears as a guest on The Daily podcast, and has filled in as its host. Caitlin has earned a George Foster Peabody Award and an Edward R. Murrow Award for her reporting. She is a two-time finalist for the Livingston Award. For The New York Times Magazine, she wrote about the real-life impact of fake news on a small town in Idaho that was turned upside down by anti-refugee activists who went on to hold key roles in the Trump administration. Before joining The Times, her investigative reporting at NPR led to the creation of a 2017 law providing compensation to American veterans who had been used in secret experiments with mustard gas that were conducted by the United States military.

David Folkenflik is the New York City-based media correspondent for NPR News and the host and editor of On Point from NPR and WBUR (with Meghna Chakrabarti). His stories and analyses are broadcast on the network’s news magazines, such as All Things Considered, Morning Edition, and Here & Now, and are featured on NPR’s website and mobile platforms. Folkenflik’s reporting casts light on the stories of our age, the figures who shape journalism and the tectonic shifts affecting the news industry. He has reported on the relationship between the press, politicians and the general public as well as the fight over the flow of information in the age of Trump. Folkenflik joined NPR in 2004 after more than a decade at the Baltimore Sun, where he covered higher education, national politics and the media. He is author of Murdoch’s World: The Last of the Old Media Empires and editor of Page One: Inside the New York Times and the Future of Journalism.

Sarah Kliff is one of the country’s leading health policy journalists, who has spent seven years chronicling Washington’s battle over the Affordable Care Act. Her reporting has taken her to the White House for a wide-ranging interview with President Obama on the health law and to rural Kentucky, for a widely-read story about why Obamacare enrollees voted for Donald Trump. Prior to joining Vox, Kliff covered health policy for the Washington Post. She has also covered health policy for Politico and Newsweek magazine.

Molly Ball is National Political Correspondent for TIME where she writes columns, features and contributes video journalism. Previously she was a staff writer for The Atlantic, where she covered national politics. Before joining the Atlantic, Molly reported for Politico, the Las Vegas Review-Journal and the Las Vegas Sun. From 2001 to 2003, she was a reporter for the Cambodia Daily. She is a recipient of numerous awards for her journalism, including the Toner Prize for Excellence in Political Reporting, the Society of Professional Journalists’ Sigma Delta Chi Award, the Sandy Hume Memorial Award for Excellence in Political Journalism, and the Lee Walczak Award for Political Analysis.