I still remember the feeling I had when I read the first lines of the story.

“The mics are off and the lenses capped,” reporter Rory Linnane wrote. “We’re wrapping up the interview, getting ready to shake hands and head out, when Angela Wesener grabs a photo album off the shelf and perches beside me on an ottoman in her family’s living room.

“We’ve both been crying.”

I immediately felt I was getting something different from the investigative and daily reporting I was used to from Linnane, a stellar young reporter I first met as a student in my class in 2010.

And indeed I was. I had landed on a story in “Rory’s Diary,” a gripping and novel element of a months-long series by USA Today Network-Wisconsin, delving into the state’s youth mental health crisis. In the diary, Linnane opens a window for readers into the reporting and the people behind the stories. She talks about her emotions, how her sources are affecting her and what the state’s elevated teen suicide rate costs us.

And she says that every time she does this, she feels uncomfortable — she was talking about herself, not something reporters often do.

Despite that discomfort, the Kids in Crisis series marks an interesting turn for USA Today Network-Wisconsin and maybe for journalism ethics overall. In many of their choices, the reporters and editors on the series embraced engaged ethics — drawing communities in closer rather than keeping them at arm’s length. Shunning a traditional — and often lifeless — view of journalistic objectivity, the team chose openness, transparency and a certain form of advocacy. Their sources and audiences seem glad they did.

A Project Idea from an Engaged Approach

USA Today Network-Wisconsin, formerly known as Gannett Wisconsin Media, includes daily publications in 10 cities, ranging in size from Wisconsin Rapids at 18,000 people to Green Bay at 105,000, plus smaller weeklies. The network employees 135 journalists in the daily newsrooms, plus another 15 at weekly publications. In the model USA Today Network is using, the individual news organizations cover community issues and activities locally. But they also cooperate across the organization to do bigger projects with statewide implications.

When Pam Henson, president of USA Today Network-Wisconsin, arrived in spring 2015, she spent 6 months traveling and meeting with people to learn what issues matter in the communities they cover. Jim Fitzhenry, the network’s state business development director, said Henson kept hearing over and over again about teen suicide. After some initial reporting showed the state’s teen suicide rate was about a third higher than the national average, Fitzhenry invited staffers across the network to pitch story ideas from their communities. As soon as he saw them, he was convinced consistent themes across all these areas meant they needed to do a major project, expanding their scope from suicide to youth mental health broadly.

The series launched in January with three main phases. The first chapter explored the state’s challenges and why its kids are dying at higher rates than in other states. The second covered possible solutions to the crisis, asking what ideas and initiatives could help turn the situation around. The final chapter called the state to action and involved town hall meetings in all 10 areas USA Today Network-Wisconsin covers, plus a Day of Action in the state capital. 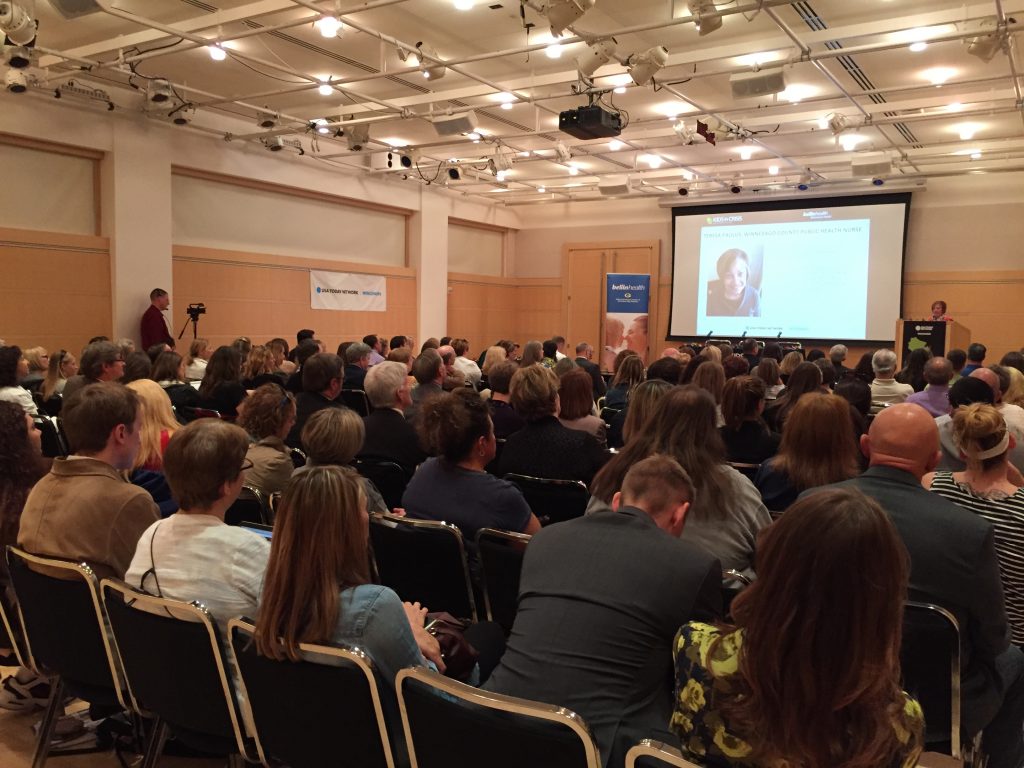 The Kids in Crisis efforts included town hall meetings and a Day of Action in Madison, the state’s capital. (Photo by Katy Culver)

An open window on reporting

Throughout it all, Rory’s Diary was the common thread woven through all the elements. The at-times heartbreaking stories have a more human side to them because the audience sees behind the reporting. Take the diary entry on Angela Wesener.

“The loss of a child is unimaginable to those who haven’t experienced it,” Linnane writes. “But it’s human nature to try. Etched in my memory is an image of my friend’s mom draped over his casket, unmoving, desperate to hold onto her moment of goodbye to her lost son.”

The entry accompanies a more traditional piece about the the interplay of bullying and teen suicide and a video showing how losing a compassionate boy named Jonathan forever changed a family.

Linnane says transparency was critically important in getting her past her discomfort. She felt that while she was letting the audience know what she was thinking and feeling in her reporting, she wasn’t telling them what to think or how to feel.

“People understood exactly where I was coming from, and when they read the stories I reported on, they knew my perspective but could come to their own conclusions.”

This engaged approach to ethics marks a departure from some traditional practices, a welcome change for the Wisconsin network’s vice president for news, Joel Christopher. He supports the role of journalists as neutral observes but argues that idea can get twisted and portray news organizations as separate and apart from the communities they serve.

“You’ve got to give people more than just this drumbeat of critical looks at the places that they live in or the organizations that they’re a part of,” Christopher says, emphasizing news media can facilitate needed change in society. “We want to make sure stakeholders are connected as effectively as possible to effect change.”

He says USA Today Network-Wisconsin purposely chose to challenge traditional notions of objectivity and distance in reporting and producing the series.

“I think sometimes there’s a mindset that objectivity completely removes a journalist from the world that he or she covers, and I think that’s mistaken thinking,” Christopher says. “The idea that journalists aren’t able to make objective decisions yet still retain some humanity? It’s a false choice, and I think that a lot of times we use that to actually avoid interaction with people because we didn’t want them to have a front-row seat to how we created the journalism.”

By embracing new forms of engagement, including the town hall meetings, the journalists on the series better represented the publics they serve, he argues.

“Audiences demand, rightfully so, that there’s some access to the people who are providing their news, and they want to see that there is an investment and a buy-in from the journalists.”

Andrew DeVigal, chair in journalism innovation and civic engagement in the University of Oregon’s School of Journalism and Communication, said embracing engagement recognizes that news organizations are no longer the powerful community gatekeepers they once were. He sees this shift in mindset as critical but often overlooked.

“In our radically connected world, I think community members being able to tell their own stories is already happening,” he says. “The more we distance from that fact — the more that we deny that that’s already happening — the less relevant we become as news organizations to the communities we’re supposed to serve. Our roles are changing within the public we are serving.”

The public noticed. In addition to the more than 1,000 people attending the town halls and Day of Action in person, livestream and archived video also saw strong performance. The series drew half-a-million page views in its initial months. But most importantly for Linnane, families affected by youth mental health issues consistently told her how much the series and her approach meant to them. 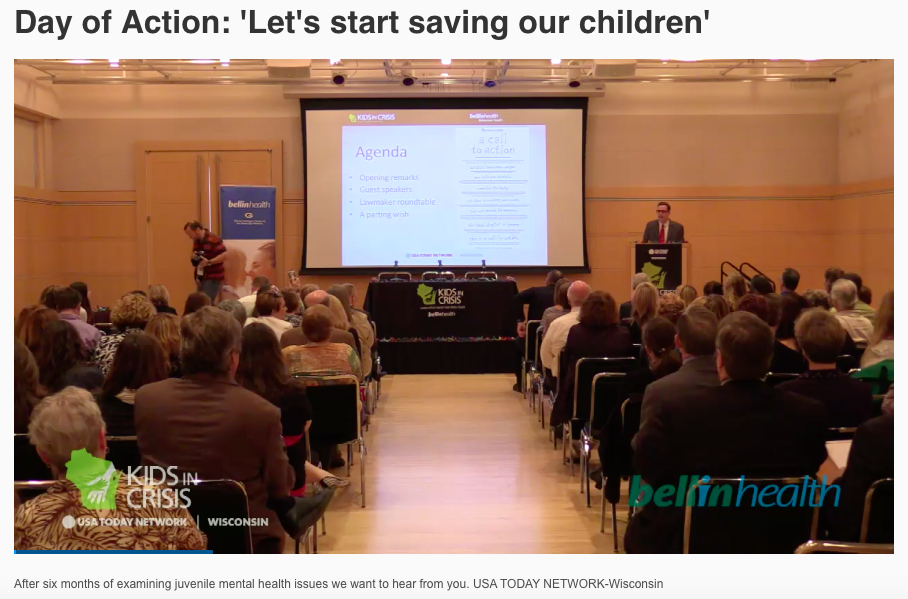 Michael Newton, a University of Wisconsin-Madison police officer and mental health advocate, says work like this goes a long way toward transforming the stigmas attached to mental health and helping the public see this for what it is: a public health issue.

“Somehow along the way, people have forgotten that this is an illness,” Newton says. “The fact that these journalists were engaging the community and trying to find solutions was inspiring and energizing.”

Fitzhenry sees potential for their approach to work with other issues of public importance, such as substance abuse or drunk driving. “We were able to bring together people who would never get into the same room. There were connections there that were very powerful,” he says. “People were hungry for those connections. It goes back to a basic sense of democracy. Having an exchange of ideas and knowledge is very powerful and people are interested.”

Kathleen Bartzen Culver (@kbculver) is an assistant professor in the School of Journalism & Mass Communication at the University of Wisconsin-Madison, teaching and researching at the intersection of ethics and digital media practices. Culver also serves as director of the Center for Journalism Ethics and education curator for MediaShift. 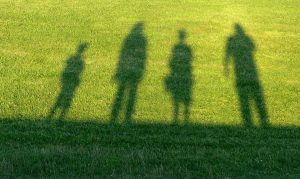