Chris Wells is an associate professor in the School of Journalism and Mass Communication at the University of Wisconsin-Madison. His latest work, published in Political Communication, examines the many strategies Donald Trump used to generate news coverage. CJE sat down with Wells to discuss what the success of Trump’s attention-grabbing tactics mean for journalism.

CJE: Could you explain a bit about what your study on Trump uncovered?

Wells: First and foremost, Trump is a media person. He’s been obsessed with getting attention. At one point, he posed as his own spokesperson and contacted news outlets. We kept asking ourselves, “Is he just an incredible strategist?” But, it’s probably more intuitive to him. It’s been his job for 35 years. A strategy feels like it should be thought out, but it’s more second nature to him. I think he’s surveying the environment very closely, when he notices attention to himself is slacking off he does stuff to get talked about. Data scientist David Robinson did an analysis of his tweets. Half are run-of-the-mill campaign tweets, like “Great to see you in Iowa.” Then there are the crazy ones, which are coming from an Android phone. The non-crazy ones are coming from another device, which suggests it’s his staff. 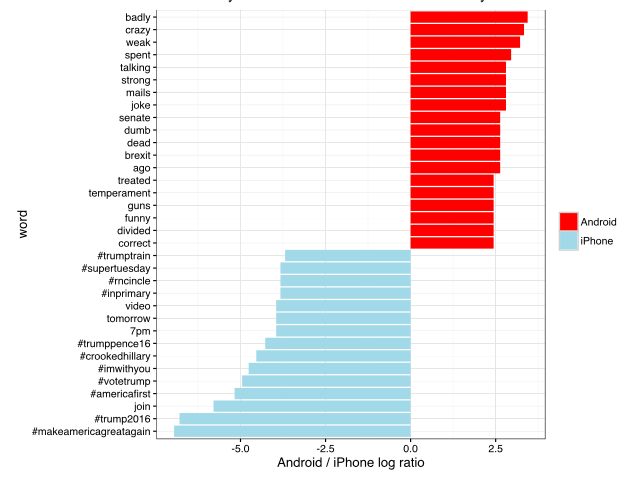 An analysis of which words appeared in Trump’s tweets sent from Android or iPhone. Analysis and graph by David Robinson.

CJE: These ‘crazy’ tweets seem to garner a lot of media attention. Is there such a thing as bad publicity?

Wells: He’s been at the heart of conflict for a constant 30 years. What we see at the beginning of the primaries, in that environment it might be all publicity is good publicity. We often are coming from the standpoint that we feel uncomfortable with things he saying, but amongst Republican primary voters his policies were very popular. He’s sensitive to how the crowd is responding and he gives the crowd what they want. 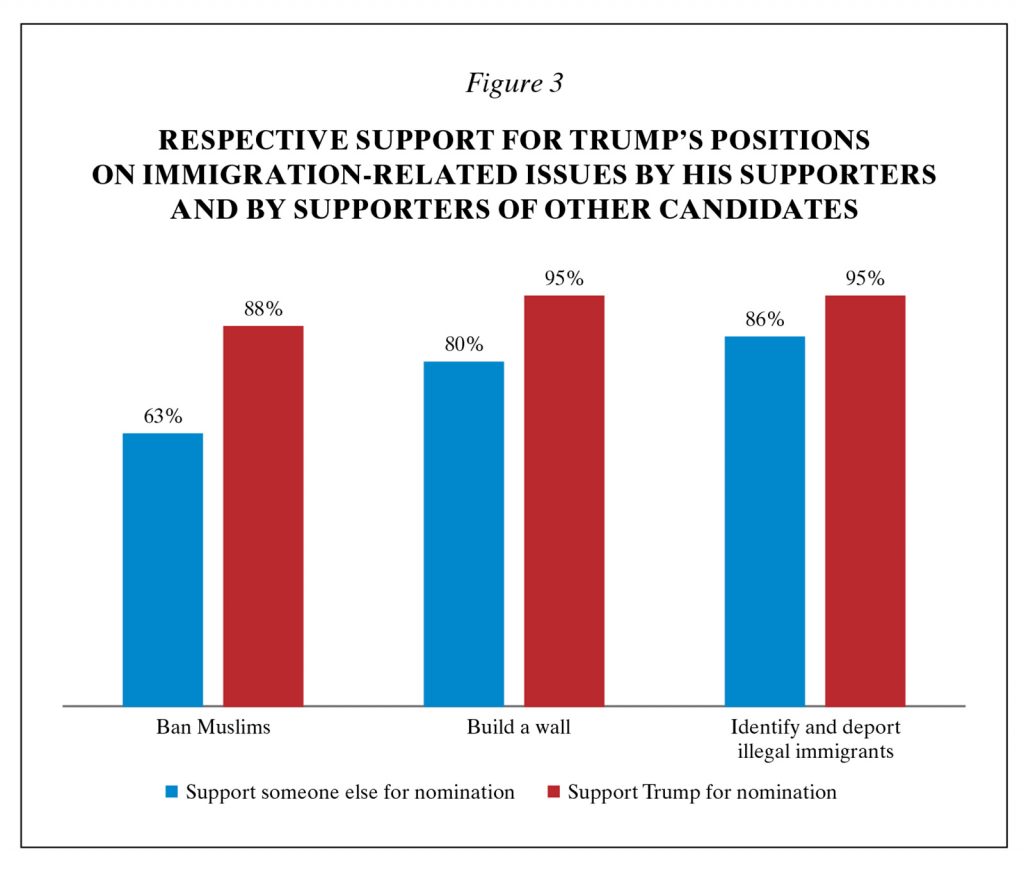 Trump’s supporters were largely supportive of his policy proposals. Analysis and graph by Ronald Rapoport, Alan Abramowitz, and Walter Stone.

CJE: Do you think Trump takes advantage of journalistic norms?

Wells: The issue is the amount of press coverage he earned. The numbers are unbelievable. He got basically as much press attention as much of the other Republican candidates combined. He’s an unusual candidate, but the one single thing about him is his ability to attract media. He noticed he liked attention and that it could benefit him. Earning 2 billion dollars in paid media is astonishing. The press noticed early on that writing about Trump got them a lot of clicks. Outlets want to get attention because they’re selling ads. But what leads them to lavish that much attention on one person? The metric which allows everyone to see number of clicks is kind of amoral. It’s totally agnostic. We’re just doing it because it gets us money. You haven’t applied any ethical standards to it, which is the issue. 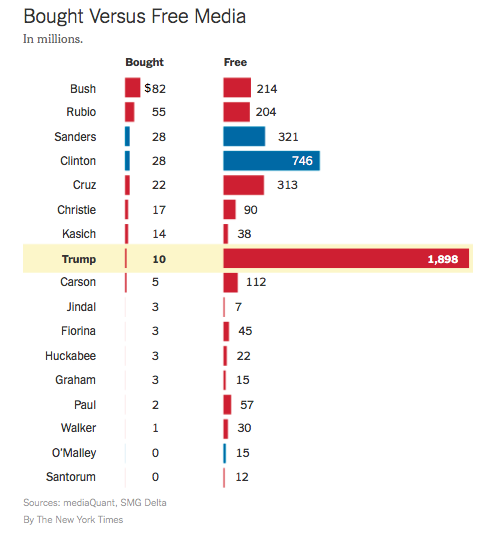 CJE: What is your biggest concern with Trump’s media influence, and how should journalists ideally respond to present and future Trump tactics?

Wells: The press needs to have an agenda and decide what it wants to cover and not chase around the candidates exclusively. Asking candidates something like, “We’ve done this detailed reporting on the nature of the economy and here are the major issues, please respond.” We’ve almost entirely neglected to create in the public’s mind what the real problems are and that seems like a massive failure. The bigger issue is being a little reflective of where you are allocating your news media. You have to get clicks, to get advertising revenues. The question is how and to what extent can media deal with that pressure? That’s the latest shift in this trend.

CJE: Do you have any advice for journalists going forward?

Wells: I urge journalists to think about how can you create content that is deeper, more substantive and more issues-based and also still attracts the audience. How do we find formats that will attract audiences enough to sustain news outlet and can do this real issues-driven work? How can you bring that format out? More importantly, how can you deliver real content that will inform people? We need to gives the public hope and mobilization. 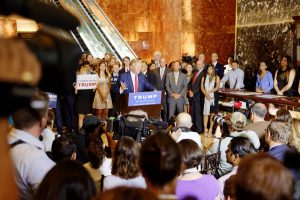