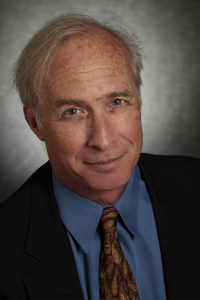 In less than a month, a highly divided American electorate will head to the polls for the U.S. midterm elections. Craig Gilbert, Washington Bureau Chief for the Milwaukee Journal Sentinel, has covered every presidential election since 1988 and written extensively about the significant partisan divide now separating Republicans and Democrats. The Center for Journalism Ethics recently spoke with Gilbert about the ethical challenges of covering politics and the upcoming midterm elections.

You’ve covered numerous presidential campaigns, midterm elections and everything in between. What do you think the biggest shift has been in politics from when you first started covering them to today?

The biggest shift has certainly been the level of partisan division and the disappearance of political differences within parties, as the parties grow more homogenous internally, and they grow farther apart. I don’t know if that’s the biggest change, but that’s one that comes to mind. For example, in Wisconsin, you had some Republicans that were more liberal than Democrats. And some Democrats that were more conservative than some Republicans. You had people with different views, for example, on an issue like abortion within each party. So you had Democratic congressmen who were pro-life on abortion, and you had voters who were in one party routinely crossing over to vote for candidates in the other party. It was more unpredictable in many ways and took a bit of heat out of partisan conflicts. And so that’s been a massive change in our politics.

How do you think reporters have adapted to this new, hyper-polarized political climate?

I think it has made it more challenging to talk to people across that divide. And it’s not just true of journalism, but of lots of institutions. There’s always been an element of that, and there’s always been perceptions of bias, there’s always been partisan push back on journalism. But to the degree that you have people organizing in these camps, then you have more people seeing stories through a partisan filter. In many cases, on the same story, you’ll get flack from people on both sides because they’re reading the story differently. So the challenge is finding a way to write your stories that doesn’t pull any punches but can be read by both sides as straightforward. That’s always part of your job as a journalist, to try to see things from multiple sides, and try to put yourself in somebody else’s shoes and imagine how they might be perceiving an issue. But I think that task is even more important today, because you have to do all the things you’ve always done as a journalist, in terms of pursuing the truth, but you have to be careful to play it straight and be dispassionate as well.

So the most important thing for reporters to do is tell it how it is?

Absolutely, you have to be true to the fundamentals. When I say play it straight, I mean use simple, factual language. You don’t have to load up your stories with a lot of modifiers. You just need to tell it like it is. A lot of it is the way you tell those stories, and I think it actually enhances the credibility of your writing, the more restrained you are in your language. I think a lot of it is kind of the way you communicate, not just the substance of what you’re communicating in the story.

What are some best practices for reporters when using anonymous sources in stories?

So it’s very rare that you are actually in a situation where you’re faced with an actual choice between having a vital piece of information where the source won’t go on the record and having to decide whether or not to use it. Now, I’m talking about the kind of reporting I do. I think it’s probably different for White House reporters. I’m not a White House reporter. It may be different for some kind of quasi-investigative, Washington reporting. Look at the kind of stuff Bob Woodward does. Obviously, he uses a different set of rules when it comes to that, but most of the time in the reporting I do – political reporting, congressional reporting – there’s just no reason you need to do it. If somebody doesn’t want to go on the record, fine. But a lot of times when people want to go off the record, it’s just to say things that are very scripted anyway. So what’s the point?

In early September The New York Times published an anonymous op-ed written by someone in the Trump Administration. What are the ethics surrounding this kind of piece?

I think the biggest problem with a story like that is you’re asking everybody to trust you. And that’s certainly not the way we would normally operate. You want to operate with transparency. So [through publishing the piece], you’re saying, “You’re going to have to trust us about everything.” And I’m not questioning them or doubting them, but you’re saying to your readers, “You have to trust us.” A lot of the speculation is about how prominent is this person? And that’s a huge thing. If it turns out it was, and I don’t think it is, Mike Pence, that would be a very different thing than if it’s an undersecretary of state. Or if it’s the chief of staff, that would be a very different thing than if it were somebody at a lower staff level. That’s huge. And we don’t know. So they’re saying, “Trust us that this is a ‘senior official,'” but we don’t know what senior means. That’s one big set of concerns.

Finally, let’s transition to a topic that you, especially in your Wisconsin Voter blog, spend a lot of time on: polls. What are some things that reporters need to keep in mind when citing polls, given that they can sometimes be misleading?

I think polls are generally valid instruments. It’s how you use them. It’s just like anything else, any other piece of data. Take, for example, sports statistics. They can be totally misunderstood, they can be completely misread and misused and used selectively, it’s all about how you use them. I just think it’s so important that when you’re writing about polling that A, you consider the data and where it’s coming from. And you have to have faith in the in the survey data that you’re using. And B, you never want to put too much faith in a single poll or single data point. You just have to have some basic statistical understanding so you’re not writing a whole story based on a finding from a sample of 50 people.

When I write about polls, I try to check them in lots of different ways. I try not to get too hung up on one data point. I try not to get too hung up on the horse race part of the polls. I’m more interested in the trends in public opinion and finding the patterns behind the polls. I try, when I’m looking at one really interesting result, to go back and see if there’s evidence for that in polls by other pollsters, or in previous polls by the same pollster. If I’m trying to drill down in any detail I’ll aggregate a lot of polls so that I have a more reliable set of data to trust. It’s all about how you use polls.