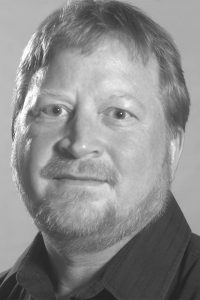 Disclosure: Steven Potter conducted this interview for the Center for Journalism Ethics and later was invited to join the Wisconsin Freedom of Information Council board.

Access to government records, data and meetings is critical to good watchdog journalism.

At times, reporters — as well as everyday citizens — must fight to keep access to such information and meetings as open as possible.

For 40 years, the Wisconsin Freedom of Information Council has been doing just that, seeking to “safeguard access to information that citizens must have to act responsibly in a free and democratic society.”

The Wisconsin Freedom of Information Council is celebrating 40 years — what was the impetus behind its creation in 1978?

The idea was that the press needed a group to protect First Amendment and media access rights. Over time, the mission of the group has shifted a bit toward dealing with access issues and for a larger constituency than just media.

How do journalism ethics factor into open access to government information and meetings?

It is our ethical obligation as journalists to get to the truth. Documents and meeting access are key avenues toward that end. [Information] helps us verify what we report and it helps us source it appropriately.

Also, it’s important to note that the [Society of Professional Journalists] code of ethics specifically states that journalists have an obligation to advocate for access to public information.

Are there other ethical dilemmas journalists face when obtaining records and access?

Yes. There is a separate ethical obligation on the part of the media to make responsible judgments about what they report, which is independent from the issue of what they are allowed to see.

Most reporters have come across information that we decided was not something we felt comfortable using for a story. Even though it may have been scintillating, [the information] wasn’t illuminating or it may be a bit invasive or unfair.

Years ago, I came across a police report about a domestic situation involving a local person. It was just sad and heartbreaking and lurid. I didn’t see that the news value justified the amount of embarrassment it would cause to this individual and his family. Sure, I was able to get the police report with no redactions and I had no doubt about the accuracy [but] it just didn’t seem to be the right thing to run a story about what happened in their house that night. It was a part of that family’s private life.

You don’t use information that can cause unnecessary hurt.

How have advancements in technology changed the work WisFOIC does?

Advancements in technology have changed everything; the open meetings and open records laws were both passed in the 1980s, well before the advent of PCs and the Internet, and records production and management is now largely electronic. But while the laws could use a few updates, they have held up remarkably well. That’s because they essentially affirm an ideal — that citizens in a democracy are entitled to a maximum amount of public information.

Many records are public, but not all are. What should a journalist do if a government agency mistakenly releases information it shouldn’t?

It can and does happen that authorities mistakenly release information. One example were botched efforts at redaction in the Wisconsin John Doe probe. The information was reported, as I believe it should be. Another example was a recent Wisconsin State Journal story that named a security guard involved in a fatal shooting; his name was not successfully redacted, and the paper was able to confirm his identity through other means. And I recently heard of a case in which authorities botched what I believe to be an improper attempt to black out a serious allegation of employee misconduct from a report. I hope the reporter uses it, as this should not have been blacked out. But I do believe most media would not publish information that they believed would put people at unnecessary risk.

I expect all government officials to respect the right of the public to obtain information about what they do, and to be as transparent as possible. I believe it is in their own best interest to do so, as public officials usually behave in responsible ways.

What should journalists — and citizens — do if government officials are denying the release of public records or aren’t following open meetings laws?

If they fail to provide information, my advice is always to fight. Ask for reconsideration, seek outside support, publish any refusal to release info, sue if necessary.

What future challenges, difficulties or hurdles do you see for journalists and citizens in regards to public records and open meetings laws?

In the future I expect to see more of what we have seen in the past: continual, small efforts to chip away at records access. In recent years, we have seen the state restrict records access to inmates, remove data from websites, eliminate the requirement that donors to campaigns identify where they work, and exempt most UW officials from financial disclosure rules. In the future, we could see new efforts to restrict access to records about university research, further efforts to curtail access to online court records, and a new push to let lawmakers shield records regarding the creation of law and policy, as well as to shield the names of people, lobbyists included, who contact them.