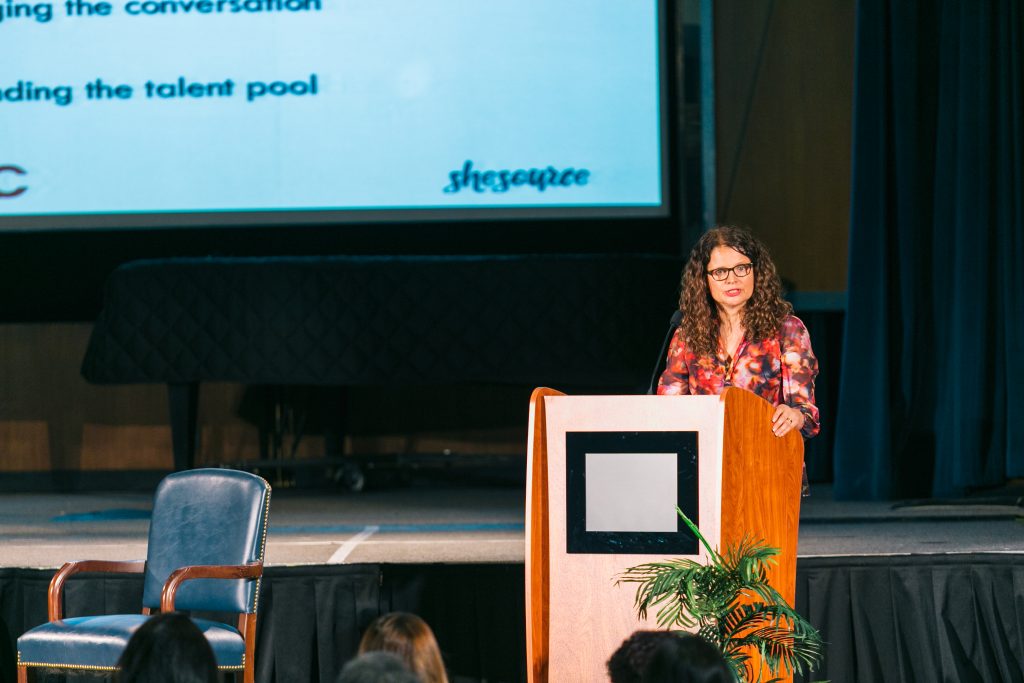 Journalism has a gender problem.

In 2019, according to the Women’s Media Center’s Status of Women in the U.S. Media report, men accounted for 63 percent of bylines and other credits in print, Internet, TV and wire news. The same study found that men who report on congress had nearly two times as many followers as women working the same beat.

However, the issue of underrepresentation for women in journalism extends well beyond the makeup of newsrooms — it also exists in the stories they tell.

Adrienne LaFrance, executive editor of The Atlantic, began grappling with this problem in her own stories in 2013.

“Representing women fairly and proportionally was something that I valued and thought was important, but I didn’t know if I was actually doing it. I wanted to find out,” LaFrance said.

She partnered with a graduate student at MIT to analyze 136 stories she wrote for such outlets as The Washington Post, Denver Post, Honolulu Civil Beat and other outlets across a 12-month span. The results, she declared in a 2013 Medium post about the analysis, were not good.

LaFrance found that of the nearly 2,100 people she mentioned in about 130 stories she wrote that year, just 25 percent were women. Further, 52 of those articles failed to mention women at all.

Ever since, LaFrance has consciously sought to improve these numbers. She has rooted her efforts in cultivating new relationships with “really smart women studying the things I was writing about.”

“Stories are stronger when journalists are more deliberate about looking for different perspectives,” LaFrance said. “Over a period of weeks, I made a really dedicated effort to ask people for recommendations [for women sources]. Making sure that you’re thoughtful that you have a mix of people with different backgrounds … ends up paying dividends.”

LaFrance argues, though, that diverse voices shouldn’t be included arbitrarily and that hard quotas on diversity of sources in individual stories are a bad idea.

“If you apply too rigid a framework to what we are trying to do, it doesn’t work,” LaFrance said. “There are so many editorial decisions that go into every sentence of a story, sciencing too much [making sourcing too systematic] doesn’t make sense.”

The push to equally represent women in works of journalism is also being taken on by media organizations as a whole. At the BBC, the 50:50 Challenge is an initiative that started with one program from the broadcaster and has now spread throughout the company.

The challenge is aimed at equally representing men and women across all BBC channels. Amanda Ruggeri, a senior editor and reporter with BBC Future, outlined how her team is tracking their work for the challenge.

“The way our team is counting it is in three different main ways,” Ruggeri said. “One is bylines, which is quite simple. The second is references in stories. For our purposes, that means not only who we are interviewing, but also anyone mentioned in a story, even historical figures. The third strand is pictures. Are we showing more men in pictures? Or women?”

Ruggeri said having the 50:50 Challenge at the forefront of the BBC’s reporting has made a “huge difference” in the stories they have produced.

“Not only do we believe this is the right thing to do, it is also something that makes your journalism better,” she said. “It helps us deliver fair and accurate journalism. Sometimes we’ll only catch our own bias if we speak to someone that has a different perspective than the usual, established pool of sources.”

Ruggeri also emphasized that BBC Future doesn’t seek out a woman as a source just because she is a woman, but that it strives to find the best sources and most qualified experts for every story.

Beyond news organizations, nonprofits such as the Women’s Media Center also seek to tackle the problem of underrepresentation of women in journalism. Founded in 2005, the WMC works “to raise the visibility, viability and decision-making power of women” in media and advocates to make sure women’s voices are being heard.

Part of this push is the nonprofit’s database of experts, WMC SheSource. The online tool is meant to debunk the excuse from journalists that they are incapable of finding women who are experts on a topic they are reporting on, according to Kate McCarty, who oversees WMC SheSource and is director of programs for WMC.

“With SheSource, we can find women who can talk about pretty much any issue under the sun,” McCarthy said. “Journalists saying, ‘We can’t find any women,’ is not good enough.”

WMC SheSource was originally founded by the White House Project, a different nonprofit that promoted women in government but transitioned to WMC in 2009. Since the transition, the database has grown from about 400 experts to more than 1,500.

The WMC is not alone in its mission to connect reporters with women. 500 Women Scientists, a self-described grassroots organization working to build an “inclusive scientific community,” has created its own database to connect reporters, educators and lawmakers with women scientists. Similarly, an organization called Women Also Know Stuff, has developed a database of experts who can speak about topics from African politics to nuclear weapons to terrorism.

Journalists can turn to a number of other databases as well:

Do you know about other resources we should add to this list? Please email ethics@journalism.wisc.edu with a brief description and link.

For information on the conference hosted by the Center for Journalism Ethics on “What #MeToo Means for Gender, Power & Ethical Journalism,” on April 26, see this summary. 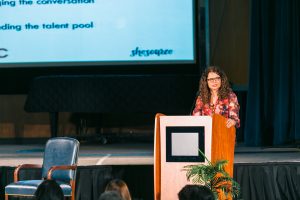