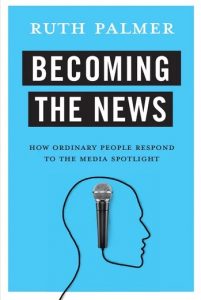 Journalists are constantly seeking out ordinary people as news subjects to bring humanity to their news stories and help their audience better connect with the narrative being told. Reading a collection of personal narratives of how people are going to vote, for instance, can be much more meaningful than simply reading the results of the latest poll to see where the candidates stand in the race.

However, there is a host of ethical dilemmas to consider when speaking to ordinary people as news subjects. I spoke with Ruth Palmer, an assistant professor of communications at IE University in Madrid and Segovia and author of Becoming the News, a book that studies how ordinary people make sense of becoming the subjects of news stories.

What responsibility, if any, do journalists have to help potential news subjects weigh the pros and cons of participating in a news story?

I think it’s important to keep in mind that not all news stories are equally risky for participants. It’s also important to keep in mind that not all subjects are the same. In a situation where a journalist is interacting with an ordinary citizen who does not have a lot of experience interacting with journalists, it’s important for the journalist to help the subject be aware of potential negative consequences of speaking out about that topic. I think that that has become more important now that news stories circulate on the internet. Because this material circulates online and audiences are often reading these news stories using the same devices they can use to then comment on them, anybody who speaks to a journalist for a controversial story has to worry about potential online harassment. So it’s important for them to help subjects prepare themselves for potential harassment.

What steps can journalists take to make sure they tell news subjects’ stories accurately? 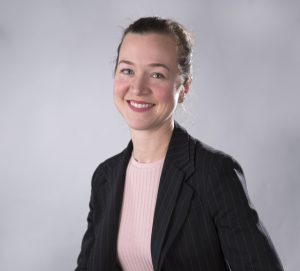 By virtue of their different positions in the relationship, journalists’ and subjects’ goals for a news story are often at odds. The journalist is looking to produce a particular kind of story whereas subjects have a different set of objectives. They want to communicate a particular thing or educate the public or publicize a particular venture. Subjects tend to dislike it if they feel that journalists are pushing them to say a particular thing. And this is something that actually happens a lot because of the pressures that journalists are under. So, journalists should avoid pushing subjects to say particular things to fit into pre-written stories. I think recording as often as possible is really important. I think another thing that’s really important is for journalists to try to manage subjects’ expectations. I think that they can make it clear to the subject that they, the journalist, will be picking and choosing what aspects of an interview are included in a story. And it’s very easy to prepare subjects for something like that. Subjects are not going to be discouraged or turned off by that.

How should journalists balance various ethical considerations—such as private citizens’ rights to security and privacy—against the public’s right to know the information in question?

The subject’s privacy and wellbeing should play a very big role in a journalist’s consideration. In most situations, journalists need to very seriously consider whether damage to a private citizen’s privacy and integrity is really worth the public good. There are some Scandinavian countries where journalistic norms are that you don’t name ordinary citizens who have been accused of crimes unless the crime is a very public one like an act of terror. I think that more American newspapers should consider that, and more American news outlets should step back and really consider to what degree the public has a right to know about a lot of this. What’s the public benefit? You have to weigh that against the in some cases very long-term negative repercussions on a private citizen’s life. In the U.S., there’s no right to be forgotten the way that there is in Europe, and so those news stories can just come up over and over and over.

You talk about how when subjects see themselves in a news story, they are seeing a version of themselves that is both familiar and unfamiliar to them. What do you mean by this, and how can journalists help news subjects prepare for this experience?

The way I describe it in the book is uncanny. For news subjects it’s weird to see themselves in the news, because they recognize that this is their name, but often they’re seeing a version of themselves that has been at least somewhat distorted by the news production process so that it’s recognizably them, but also just different enough to seem kind of alien. I think to a certain extent it’s just sort of inevitable. It’s not always terribly unpleasant for people. It’s mostly just weird. The one thing that might help is practice. When I spoke to people who had a little bit more experience being quoted and speaking to journalists, they were less weirded out by it.

You talk about reputation being social currency. What responsibility, if any, do journalists have to make sure they don’t sully the reputations of news subjects?

Depending on what the news story is about, it may be appropriate to sully the reputation of a subject. However, I would say that the bar should be set very high. In terms of what journalists can do to avoid damaging reputations, one thing they can avoid doing is quoting subjects out of context and obviously avoid misquoting them in ways that could potentially be interpreted as making them look really bad. Journalists should be very sensitive to that, especially if the story that they’re writing has a lot of moral weight with the audience. That’s when reputations suffer the most damage is when audiences interpret a story in moral terms. This is also where reporters may want to prepare subjects for potential fallout by advising them on how they can protect themselves online.

Finally, since we are in an election year, what should journalists be aware of as they approach voters for interviews?

As the country becomes increasingly polarized, for voters speaking out about their political views, the risks increase, because they’re entering into a public conversation that the audience feels very strongly about. In that regard, I think that journalists need to judge whether their subject is someone who has a lot of experience speaking to journalists and is therefore prepared for what it means to talk publicly about their vote. Journalists need to seriously consider preparing their subjects for potential negative online feedback. That can mean advising subjects to increase their privacy settings on their social media or hide their contact information. I think that a lot of people who have never interacted with journalists before tend to be very suspicious of their motives, and showing care is one of the best possible ways for them to combat the widespread mistrust. 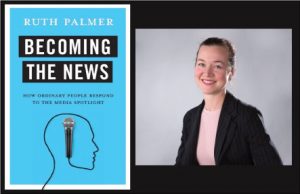