“Hate speech is not free speech.”

This cliche can be heard throughout public discourse, often in opposition to racist, bigoted or hateful speech. Those who propagate the idea have good intentions — but they are incorrect. Hate speech is protected by the First Amendment and the U.S. Supreme Court has affirmed that protection through years of American jurisprudence.

In his opinion in the 2017 case Matal v. Tam Justice Samuel Alito wrote, “Speech that demeans on the basis of race, ethnicity, gender, religion, age, disability, or any other similar ground is hateful; but the proudest boast of our free speech jurisprudence is that we protect the freedom to express ‘the thought that we hate.’”

According to Caitlin Ring Carlson, associate professor of communication at Seattle University, those who support hate speech protection argue that hate speech functions as a bellwether for most forms of bigotry. The argument suggests that if bigots are prevented from publicly sharing hateful speech, society will have no idea of how racist, homophobic or hateful it is.

According to this logic, journalists must cover hateful speech so that it is exposed to public scrutiny. Society can then decide that hateful viewpoints are not socially acceptable.

“Sunlight is the best disinfectant,” says journalism ethics specialist and Columbia University adjunct associate professor Thomas Kent, echoing the words of the late Justice Louis Brandeis. “So we really need to be spotlighting bigoted narratives and exposing them for what they are.”

But the realities of hate speech reporting are not always so simple. Socially conscious journalists are rightly concerned with how pervasive hateful speech is in social and political discourse. Less talked about is the line journalists must toe — alerting society to hateful speech without unduly amplifying the voices of hate propagandists. The task is not easy, and if done inadequately, can have harmful consequences. Here are a few guidelines to make sure it’s done right.

To fully understand hate speech protection, it is imperative to contextualize the First Amendment. Jasmine McNealy, associate professor of telecommunication at the University of Florida, says the U.S. Constitution needs to be understood within a power framework.

The Bill of Rights was inspired by Thomas Jefferson and drafted by James Madison, both of whom owned slaves. The signers of the Constitution, many of whom went on to serve in leadership positions, were all white male property owners. In early America, Native Americans and Black Americans were intentionally left out of the country’s decision-making processes because of power dynamics and racism. In modern America, these same communities suffer the brunt of hate speech and have the most to lose as a result of unethical hate speech reporting.

“If we’re going to be Constitutionalist, we have to take into account that our Constitution was created by humans, flawed humans, who have a certain ideology,” McNealy says. “And that comes through in the language that they use, in how these things are interpreted by the courts. It continues to come through even in how we think about [the First Amendment].”

The journalist must first acknowledge the power framework that allowed for hate speech protection and how that framework informs hate speech reporting and the field of journalism in general.

Those who hold and share hateful views are often adept at trapping journalists and the news media. They create discord, often in the form of protests or rallies, that support their prejudiced ideas and opinions and then rely on news media to cover their hateful views no matter how subversive they are. Those who disseminate hate gain their power from the media, so choosing whether to cover them, as well as how to cover them, is powerful within itself.

“Journalists have to decide if hate speech is really newsworthy to begin with,” Kent says. “Is it telling us anything we don’t know?”

Responsible reporters must examine the newsworthiness of the speech to make sure they do not draw undue attention to ignorant, hateful and unproductive expression. Similarly, the journalist should examine the position and reputation of the speaker. Is the speaker a prominent figure in society, government or industry? Does the speaker have a significant following, and how likely is that group to commit hateful or unlawful acts? These are all questions ethical journalists consider. Their answers help determine whether the journalist should cover the hate speech or simply leave it alone.

Hateful, outrageous speech may be protected by the Constitution, but just because the speech is protected does not make it news.

Information does not exist in a vacuum and understanding where hateful expression is coming from is essential for understanding its meaning and effects. Amy Eisman, assistant professor of communication at American University, stresses the importance of context when reporting on hate speech.

“You are not just a microphone under somebody talking. You are putting it in a context,” Eisman says. “The context might be historic, it might be social, it might be legal. It could be any number of those things. But you have to be a reporter, not a recorder, and you have to offer context to whatever it is you’re reporting.”

“Failing to contextualize some of these issues might serve to normalize it or make it seem like some of these terms or images don’t carry the weight that they do,” Carlson says. “Making it look kind of pedestrian or everyday, I think, takes away some of the impacts that it has on the people who are targeted by it.”

This normalization creates hostile, unsafe environments for those affected by hate speech — most often, people of color, LGBT-identifying individuals and religious minorities, according to Whitney Phillips, assistant professor of communication and rhetorical studies at Syracuse University.

Journalism students are often taught to cover all sides of a story. But when it comes to hate speech reporting, balancing hateful speech with opposing viewpoints is a nonstarter, Phillips says.

By equating hate speech with opposing views — the opposite of hate, whatever that looks like — the journalist essentially claims that hate speech is an acceptable mode of public discourse and belongs in the marketplace of ideas. Attempting to appear unbiased by showing opposing perspectives is a moot point, as there is no neutral stance to take, Phillips says.

Applying the “both sides” standard to hate speech reporting does nothing to help the public understand the root of this hatred and its effects on the communities targeted by hate. These stories should not be told through a point-counterpoint framework, Phillips says, but through a counter-frame.

In her report “The Oxygen of Amplification: Better Practices for Reporting on Extremists,Antagonists, and Manipulators Online,” Phillips says reporters should emphasize the perspectives of those harmed by hate speech instead of offering the aggressor an opportunity to justify their repugnant views. Reporters should also avoid framing bad actors as the center of the narrative, as this behavior amplifies hate speech even when it is meant to condemn it.

“By not just shining a light on the aggressor or the racist expression, you can tell a fuller story by panning out and seeing who else’s story you can tell,” Phillips says.

Another framing technique could be covering the reaction, not the speech. In 2010, when a Florida minister planned to burn copies of the Quran, several publications centered their coverage on the minister or the fringe congregation. But the Huffington Post and Mother Jones took a different approach, choosing instead to report on the Military Religious Freedom Foundation’s campaign to donate to the Afghan National Army a copy of the Quran for every copy burned. By framing the story around the reaction, rather than the hate speech, those journalists alerted the public to harmful expression without amplifying the islamophobia of a fringe group.

Covering hate speech is a delicate business full of fine lines journalists must walk. When done correctly, hate speech reporting can fight the spread of prejudiced ideas and educate the public. When it misses the mark, reporting on hate speech can contribute to radicalization and amplify the hateful viewpoints it is meant to condemn. To avoid that, Carlson suggests journalists go back to the basics of journalism ethics.

“What I always think about is that the Society for Professional Journalists has that code of ethics. And it requires journalists to one, seek truth and report it and two, [minimize] harm,” Carlson says. “I think we’re doing harm to our audience when we don’t call out certain terms or actions as what they are.” 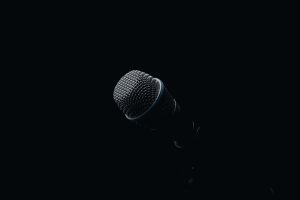