In conjunction with our ethics conference, “Journalism Ethics & Local News Now” (April 23, 2021), we are publishing case studies from each of the news organizations represented on our panel “Innovations in Local News.”

Founded in 2009, the Texas Tribune is a non-profit, non-partisan news organization headquartered in Austin, Texas. The primary mission of the Tribune is “to inform and engage with Texans about issues that matter to them,” according to Ayan Mittra, the editor of the Texas Tribune. The goal for the Tribune is to be the news organization that assists Texans be more informed and educated about their state in relation to state government and politics. As a non-profit, the Tribune relies on donations, foundations and corporate sponsorships for its revenue.

In 2009, founders of the Texas Tribune saw a problem in the media landscape: coverage of the state government was shrinking. Fewer journalists were reporting on laws circulating and passing in the legislature, leading to fewer citizens receiving news about their representatives and where and how tax dollars were being spent. The organization also aims to reach readers outside of the capital city of Austin, making sure its impact is felt statewide.

“We feel that there’s a personal responsibility to address this [problem] because this is not being addressed on this scale by anyone else,” Mittra said.

In order to maintain its non-partisan status, the Tribune works to represent a wide spread of beliefs by engaging with and reporting on both parties, university systems and regions – a representation that also boosts readership. However, what becomes difficult is having sufficient resources to fulfill its responsibility of communicating this information to its readers and bringing accountability to those in power.

“People may not agree with everything we cover, but that’s not our job,” Mittra said. “Our job is to represent different points of view, to show how policies impact people on different areas, different levels.”

The Texas Tribune seeks to bridge the gap between government and the people through effective engagement with audience members. That engagement includes hosting events and providing data or educational resources. Additionally, as part of its mission of “public service,” the Tribune provides its news for free to both media partners and users to ensure accessibility.

The Tribune’s innovative use of data is a founding pillar of the publication and the organization used data to contextualize information that not everyone has equal access to. This has included developing a government salaries explorer, a public-school explorer, snapshots of different data sets and a project on police-involved shootings in the most populous areas of the state.

The Tribune is also working on ways to be innovative with elections. While it has always had a “robust” elections plan, its audience team has been working to reach out and understand who is consuming, how they are consuming and where the best place is to engage with them. For elections, this primarily looks like “resource-type content,” such as where and how to vote and the best ways to access primary ballots early.

“Teach Me How to Texas” is another way the Tribune addresses another knowledge gaps in the state. The Tribune knows that a lot of people are moving to Texas from other areas of the country and the world, and is working to provide information and resources on Texas, its government and elections.

“Innovation has to come from trying to understand who your audience is and what they need from you, and that really fuels some of the best ideas that we can do,” Mittra said. This includes asking for feedback on coverage from its viewers at events across the state, through its Facebook group and social media channels.

More than ten years into its project, the Tribune is looking at how to move forward strategically, including goals to increase and diversify its audience and expand to other areas of the state. To do so, the Tribune is working to base reporters in satellite locations throughout the state, so they are able to engage with communities beyond Austin and especially in rural communities.

The Tribune is partnering with ProPublica on an investigative team that includes an editor, five reporters, one data reporter, one engagement producer, one research reporter and a development associate. Mittra says this combines the “strength of ProPublica to do investigative, accountability journalism with an impact” with the Tribune’s knowledge of the state and engagement with Texans.

The Tribune is also ensuring sustainable by using different platforms for its audience and reaffirming the message that they’re meeting the audience where they are. Another part of this effort is implementing a “product culture” through the consistent promotion of content that keeps its value and viewership.

The main ethical consideration for the Tribune is making sure it’s being responsible with the data and information it has access to, and ensuring that this privilege is extended to its viewers. This includes analyzing and publishing data-informed journalism responsibly. Additionally, a consistent challenge entails prioritizing coverage of certain issues and being able to adequately communicate why these decisions are made to its base. Employees at the Tribune are ambitious in telling these stories, but constantly have to prioritize what is practically implementable.

Teach Me How to Texas

“Drawing on ten years of expertise, the Texas Tribune wants to coach you on its money-making lessons” (Nieman Lab)

“The American Journalism Project has raised $42 million. Here’s the plan for distributing it” (Poynter Institute) 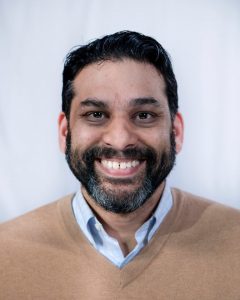