Lydia Slattery is a 2021-22 fellow at the Center for Journalism Ethics and a graduate student in the School of Journalism and Mass Communication at the University of Wisconsin–Madison.

Natalie Brophy, a reporter for The Buffalo News, experienced stress in her role as a breaking news and crime reporter for the USA TODAY NETWORK-Wisconsin.

“Personally, I dealt earlier this year (in 2021) with a lot of job-related stress and anxiety, which led to some depression as well,” Brophy said. “I had been covering breaking news and crime for almost two years, and I definitely experienced some trauma from that.”

Brophy voiced her concerns with editors, who last May helped her find a new position as a business reporter. In the new role, her mental health greatly improved.

In an era of COVID-19, low pay and angry internet trolls, Brophy is far from alone. Reporters are arguably more stressed than ever, with some reporters being open about the toll the job has taken and their reasons for departing the profession.

Employers, including newsroom leaders, have an ethical obligation to support their employees’ well-being and mental health, said Jill Geisler, who serves as the Bill Plante Chair in Leadership and Media Integrity at Loyola University-Chicago.

“If news organizations want to keep from losing good people, they must confront the multiple pressures facing journalists,” Geisler said.

The forces behind this stress are numerous, systemic and complicated. But there are still steps newsrooms can take to prevent burnout.

Why is there burnout in journalism?

The World Health Organization defines burnout as “chronic workplace stress that has not been successfully managed.” It often results in exhaustion and low energy that causes people to distance themselves from their jobs.

It’s not a medical condition, but rather a phenomenon often associated with depression and anxiety, which can all lead to reduced job performance and more mistakes in stories.

While burnout isn’t unique to journalism, reporters work under tight deadlines and cover intense, even traumatic events, that can contribute to burnout. Newsrooms are busy places, and many have faced reduced staffing, forcing reporters to take on more responsibilities.

Samantha Ragland, a faculty member at the Poynter Institute, said uncertainty is also a big factor that contributes to burnout. The news industry isn’t on stable ground like many journalists wish it was, which takes a toll on reporters, she said.

“Sometimes, burnout can be difficult to spot, especially for journalists,” Ragland said. “We just care so much about our work, and we are used to powering through difficulty and schedule to get the story.”

It can be hard for reporters to go to their boss and admit that they’re struggling, so the union can advocate for those who may need help, said Shastri, who also covers higher education for the Journal Sentinel.

“If your employees are mentally healthy, they’re going to do better work,” Shastri said.

In a job that often requires having a public profile and social media presence, journalists are also increasingly dealing with trolling and harassment online, all of which can take a toll on a reporter’s mental health.

To deal with harassment online, newsroom leaders need to put in place protocols and policies to prevent and respond to trolls, Geisler said.

Resources like trollbusters.org, a website that offers supportive comments in the face of angry commenters and help in reporting trolls, and The Society of Professional Journalists guide to handling trolls are good places to start.

Geisler also works with the Freedom Forum Institute Power Shift Project, which was developed in response to the #MeToo movement, and offers trainings in workplace harassment and discrimination for managers to create a safe environment for employees.

Many journalists also fear they’re not progressing in their jobs. In the digital age, reporters can feel like they’re moving in a fast-paced news environment, going from one headline to the next, without really growing in their skills, Ragland said.

This can lead to apathy, which is another factor that can contribute to burnout, Ragland said. When journalists don’t see a path to growth, they feel blocked off from newsrooms.

Shastri said that the Milwaukee NewspaperGuild-Communications Workers of America contract requires that the Journal Sentinel provide young journalists with an experienced mentor. It fosters growth and gives a direction for new hires, she said.

“We need a plan to retain young journalists,” Shastri said. “It’s a way to make them feel like they’re progressing.”

Another stipulation in the contract says that the Journal Sentinel must post a job within the newsroom for at least five days before posting it to outside candidates, Shastri says. The contract doesn’t say that the newspaper has to give its own reporters the job but it gives employees the opportunity to apply for it.

It’s about giving employees a fair chance of moving up within the newsroom, Shastri said.

In addition to making sure that journalists have a fair shot of moving up in the newsroom, the union also advocates for fair wages for reporters to live on, since earning raises make reporters feel like they’re moving up.

The NewsGuild, which represents reporters across the country, did a study of 14 Gannett newsrooms including the Milwaukee Journal Sentinel, and found stark pay disparities for women and people of color and a workforce that is much whiter than the communities they cover.

Key findings of the study included that women who had worked at least 30 years at Gannett papers earned on average $27,026 less than the annual median salary of male peers and women of color earned $15,727 less than the median white man’s salary.

The study also found that experienced female journalists and journalists of color were uncommon.

Brophy, like many young reporters, struggled to earn money as a reporter in her first years.

In her first three years as a reporter, Brophy said she was only making around $24,000 to $25,000, so she had a second job teaching swim lessons and lifeguarding at the YMCA to supplement her income.

“I haven’t thought about leaving journalism because of the pay, but I’ve always told myself if I ever stop loving the job, I will leave because it’s not worth doing if you don’t love it,” Brophy said.

Brophy added that it’s important for fellow reporters to not foster a climate of secrecy around pay in newsrooms, since open discussions can lead to fair pay.

What can editors do?

Ragland, who worked as the Director of Digital Content Strategy for GateHouse/Gannett Media’s Florida Group, offers ways that editors can show up for their reporters.

Newsrooms must turn their lens inward and evaluate how they can do better, she said.

It’s not enough to just offer more paid time off or mental health days, Ragland said. Workload is a major contributor to burnout.

It’s a relentless cycle that doesn’t seem to have an off switch, which takes a toll on journalists’ mental health, Ragland said. Sometimes, journalists feel like they’re never off the clock, especially with digital media.

“There’s a business advantage to being an employer whose workplace culture is attentive to the stresses, dangers and risks involved in work – but the decision to create such a culture and provide benefits covering physical and mental health care shouldn’t be measured only in dollars and cents,” Geisler said. “It should be based on a respect for human dignity and wellbeing.”

Editors can prevent burnout by building strong working relationships with their reporters, Ragland said. Having more one-on-one meetings is a good start because it allows editors to really get a sense of how their employees are doing.

Geisler can say that through her own role as a manager and teacher, that empathy plays a bigger role than ever in supervisor and employee relationships.

“The pandemic and our racial reckoning has opened many eyes to the need for less top-down leadership, less ‘don’t bring your personal life to work’ thinking,” Geisler said.

“I feel incredibly fortunate to work with editors who took my mental health concerns seriously, listened to how I was feeling and how my job was impacting my mental health and worked with me to find a role that was a better fit for me,” Brophy said.

According to Ragland, checking in with employees is a way to show that editors really care about their reporters. And being a people-first manager means showing up for young journalists.

When Ragland was managing reporters, she was mindful of her reporters’ workload and general mental health to prevent burnout. She also tried to allow time for reporters to dedicate to passion projects.

“I love what former journalist and Pulitzer winner Mar Cabra has said about this in the past, which is that we need healthy journalists in order to truly create healthy journalism – and journalism. I would add that we end up with healthier, more engaged communities,” Ragland said.

There are resources available for journalists who are experiencing burnout or are dealing with trauma. For Poynter, Ragland wrote How Journalists Can Ward Off Burnout, which offers more advice to reporters trying to manage their stress.

The Online News Organization published News organizations: Here’s what your teams are trying to tell you about burnout, which outlines causes of burnout and how newsroom leaders can prevent and address the phenomenon.

The Mayo Clinic  also offers a guide on how to spot job burnout and steps people can take on how to cope with it and the Mental Health for Journalists from the Journalist’s Toolbox offers resources and strategies to cope.

The Coping with Trauma Tip Sheet by Dr. Elana Newman offers resources for self-care, harassment and general advice on how to deal with trauma. 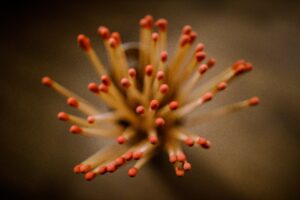