Erin McGroarty is a 2021-22 fellow at the Center for Journalism Ethics and a graduate student in the School of Journalism and Mass Communication at the University of Wisconsin–Madison.

In October 2021, Katoine Richardson was involved in a confrontation with police in Madison, Wisconsin, that culminated in a police officer being shot. In a press release issued soon after the incident, the Madison Police Department and the Madison mayor’s office falsely implied that Richardson was responsible for the shooting.

Local and state news outlets quickly repeated the police narrative and attributed the shooting to Richardson. More than a week later, MPD revealed that the police officer was in fact wounded by a bullet from another officer’s gun, prompting a wave of journalistic corrections.

Richardson later received a series of reckless endangerment charges related to the incident, including resisting arrest and carrying a concealed weapon. Richardson has pleaded not guilty.

This wasn’t the first time early reporting on criminal charges resulted in a false narrative with the potential to follow someone through life. Nor is it the first instance of shoddy reporting that harms individuals already caught in a justice system susceptible to mistakes and racial profiling.

In recent years, reports of police brutality, judicial misconduct and violations of civil and human rights at the hands of law enforcement have placed America’s legal institutions and mass incarceration under a microscope. The narrative about these institutions has begun to shift, with the public beginning to ask tough questions about our legal system.

Journalism has a long way to go in doing the same.

Current and traditional news narratives on crime and justice often forgo the presumption of innocence that ostensibly is the bedrock of the American criminal justice system.

Keith Findley, co-founder of the Wisconsin Innocence Project and professor at the University of Wisconsin Law School, points out that this creates an automatic scapegoating of the accused.

“The traditional narratives are very much an us-against-them, good guys and bad guys, kind of narrative,” Findley said. “Which sort of exacerbates the punitive impulses that we seem to have a lot of in America. Most of the narratives in the media are narratives of guilt.”

“What is the impact that this might have on a juror if they were to read this story? And is there a way to tell this story that would lessen that prejudicial impact?” Findley said. “Because one of the profound problems that the legal system has is that pretrial publicity biases the jury pool, taints their perspectives and makes it really, really hard to get a neutral fact finder.”

“So yes, you need to tell the story of the crime and the investigation but always be asking yourself, what impact might this have on the system’s ability to deliver justice?”

Wandra Bertram, a communications strategist for the Prison Policy Initiative, a national non-profit criminal justice think tank based in Easthampton, Massachusetts, places a similar level of importance on reporting with proper context.

“If you’re sensational about how you report someone being arrested or being charged with a crime, but you don’t report the broader context, then you’re not really being fair to the person being charged or to the people who are making decisions about those folks,” Bertram said.

In placing Findley and Bertram’s calls into action, reporters must ask themselves what initial coverage might look like if the suspect is innocent. Could preemptive and sensationalist reporting follow an innocent person throughout their career? Could it contribute to wrongful convictions?

Findley often urges his law students to accept nothing at face value –– a lesson he suggests journalists consider, as well.

“Always entertain the possibility that everything you think you know about a case is wrong because it might be. It’s been proven possible time and time again,” Findley said. “As a journalist, go through that thought experiment. What if this is wrong? Assume that and reread the story. Now, what does it do? What can you do to sort of temper the biasing aspects of the story?”

“When somebody is accused of a crime, whether intentionally or not, the media often portrays that as the police have solved the crime, this is the guy,” Findley said at a Center for Journalism Ethics panel discussion in September.

I think more and more now, people are realizing that police and prosecutors are not somehow inherently perfectly honest all the time.

Narratives of guilt can be created by something as simple but damaging as using the image of the “perp walk” when accused individuals are led into the courtroom, often wearing prison garb.

“[These images] are so guilt ridden and so degrading, and yet the media love them,” Findley said.

For Findley, this is where confirmation bias plays a key role. Being told that the suspect is guilty – relying only on evidence from prosecution that assumes guilt – will lead a journalist to look for and report evidence that confirms it.

For Keri Blakinger, a criminal justice reporter with The Marshall Project, the automatic trust placed in law enforcement and other legal entities plays a key role in slanted reporting on the legal system.

“I think more and more now, people are realizing that police and prosecutors are not somehow inherently perfectly honest all the time,” Blakinger said. “The emergence of cell phone footage and databases and prosecutorial misconduct tracking has changed that idea. I think there has been an incredible change over just the past two years in terms of how your average reporter views police or prosecutor press releases.”

Approach each story with a healthy level of skepticism. This includes information provided by those positioned as authorities, including police officers, law enforcement agencies, prosecutors and even judges – sources traditional journalism practices have taught reporters to trust.

The way narratives are shaped throughout the legal process can also follow an incarcerated individual throughout the course of their sentence and their life, deeply affecting how that person reenters society following release.

“When you create a narrative of a bad guy who’s one-dimensional, then who wants that person coming back into their community? You’ve set the stage for a scenario in which the person will find it exceedingly difficult to succeed,” Findley said.

Bad guy narratives affect the portrayal of incarcerated people, as well. The perspectives of those living within the prison system are often regarded as less believable, which becomes a problem when they report injustices and abuses in prison.

“So often when someone goes to prison, people sometimes immediately assume that they are somehow less reliable or inherently untruthful. This is a problem when it comes to reporting about prison experiences and prison conditions,” Blakinger said. “I found when I started reporting on prisons, it seemed like the bar was higher for corroboration.”

Blakinger approaches her work from the unique perspective of someone who not only has spent extensive time reporting on the legal system, but also someone who has spent time behind bars herself. This duality of experience has shaped Blakinger’s work investigating corruption and abuses within prisons.

“I went into this with the assumption that people in prison are people,” Blakinger noted in the panel discussion. “And I don’t think everyone starts there. I think everyone can get there.”

When news organizations turn the critical eye required for responsible journalism on themselves, progress can be made in improving practices.

For example, in early 2020, a team of reporters from The Kansas City Star launched a retrospective investigation into their own newspaper. The team looked back over the 140-year history of the paper and their investigation revealed a past of disregarding and disenfranchising the city’s Black citizens. That investigation can now be used to reevaluate and reshape the practices of the paper today.

Journalism might also look outside of its own field of practice to learn something from social innovations within the field of justice. The practice of restorative justice has been gaining traction in recent years. This approach emphasizes repairing the harm caused by criminal behavior while also providing adequate support to formerly incarcerated individuals moving on from a crime and seeking to reintegrate into society.

Does an approach that emphasizes repair and declines retribution have something to teach journalists about potentially “restorative” journalism? Could it bring about criminal justice reporting that is both fairer and more comprehensive? 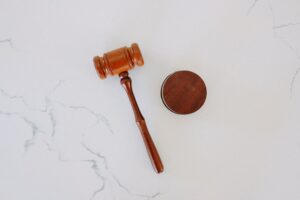