Contrera will accept the award May 17 in a ceremony at the University Club in New York City.

Registration for the ceremony is now open.

Named for UW–Madison alumnus and Pulitzer Prize-winning reporter Anthony Shadid, the award honors the difficult ethical decisions journalists make when telling high-impact stories. Shadid, who died in 2012 while on assignment covering Syria, was a member of the Center for Journalism Ethics advisory board and worked to encourage integrity in reporting.

The Shadid Award judging committee lauded the extraordinary thoughtfulness and care Contrera demonstrated in working with survivors of sex trafficking and showing how highly touted anti-trafficking laws are not being enforced.

Lucas Graves, associate professor in the UW-Madison School of Journalism and Mass Communication and chair of the committee, said this year’s winner edged out a strong pool of finalists.

“The care and nuance the Post exemplified in bringing out the stories of sex trafficking survivors stood out even among our exceptional group of finalists this year,” Graves said. “The result was a project that challenges the categories our criminal justice system takes for granted, and the reporting is already building momentum for reform.”

Graves also praised the other three finalists for the award:

“I am so proud we are able to honor all these outstanding journalists for the careful and thoughtful approach they take in informing the public,” said Kathleen Bartzen Culver, director of the Center for Journalism Ethics. “It has been 10 years since we lost Anthony, and it’s meaningful to everyone associated with the Center to pay tribute to him by celebrating the best of journalism done with integrity.”

Contrera, a reporter for the Post’s local enterprise team, covers people and the issues and events that affect them. A native of Akron, Ohio, she joined the Post as a features writer in 2014 after graduating from Indiana University.

Holt is the anchor of “NBC Nightly News with Lester Holt” and “Dateline NBC” and leads NBC News’ special reports, breaking news and primetime political coverage. Conversation moderator David Maraniss is a New York Times bestselling author and associate editor at the Post. He is a three-time Pulitzer Prize finalist and won a Pulitzer for National Reporting in 1992.

Registration for the ceremony is now open.

The Center for Journalism Ethics, housed in the School of Journalism and Mass Communication at UW-Madison, provides an international hub to examine the role of professional and personal ethics in the pursuit of fair, accurate and principled journalism. Founded in 2008, the Center offers resources for journalists, educators, students and the public, including internationally recognized annual conferences exploring key issues in journalism. 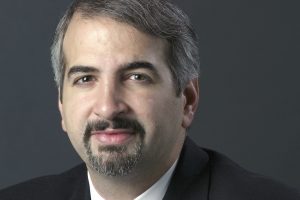